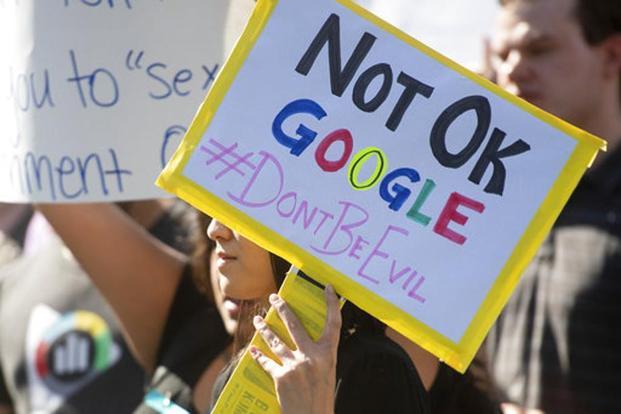 LONDON: In the battle for online privacy, Google is a U.S. Goliath facing a handful of European David’s.

The backlash over Big Tech’s collection of personal data offers new hope to a number of little-known search engines that promise to protect user privacy.

These sites are growing amid the rollout of new European privacy regulations and numerous corporate data scandals, which have raised public awareness about the mountains of personal information companies stealthily gather and sell to advertisers.

Widespread suspicion in Europe about Google’s stranglehold on internet searches has also helped make the continent a spawning ground for secure searching. Europe is particularly sensitive to privacy issues because spying by the Nazi-era Gestapo and the secret services in the Soviet Union is still within living memory.

“For us, it’s all about citizens and citizens have the right to privacy,” said Eric Leandri, chairman of Paris-based Qwant. He said that view contrasts with the mindset across the Atlantic, where internet users are seen as consumers whose rights are dictated by the terms of their agreements with tech companies.

Traffic numbers show interest is rising. Qwant’s queries tripled to 10 billion in 2017. On a monthly basis, it’s getting 80 million visits while requests are growing 20 percent. Leandri says the site now accounts for 6 percent of search engine market share in France, its biggest market.

Qwant is even getting official support. Last month the French army and parliament both said they would drop Google and use Qwant as their default search engine, as part of efforts to reclaim European “digital sovereignty.”

The site doesn’t use tracking cookies or profile users, allowing it to give two different users the exact same result. It has built its own index of 20 billion pages covering French, German and Italian and plans to expand it to about two dozen other languages, for which results currently come from Microsoft’s Bing.

To be sure, Google’s in no danger of toppling. The company based in Mountain View, California, accounts for three-quarters or more of global market share, depending on whom you ask, and rules the mobile market with its Android operating system.

Mojeek, based in Brighton, England, operates on similar principles and has so far catalogued 2 billion web pages. The company says it gets 200,000 unique visitors a month and search queries have quintupled over the past year.

Germany’s Unbubble is a “meta-search” site, sending encrypted queries to more than 30 other search engines. It promises neutral search results rather than ones filtered by an algorithm catering to personal biases.

Some privacy search operators say it’s equally important to help users avoid “filter bubbles,” in which content is pre-selected by the likes of Google and Facebook based on previous searches and other data.

“The main idea is to provide neutral information and allow people to depend less on machine learning-based filters,” said Unbubble founder Tobias Sasse.

“If you are using Google today, perhaps you’ll notice that there is always the same mainstream information,” preventing people from seeing the “great diversity” online, he said.

Some sites rely on donations, others from “affiliate advertising” — links from shopping sites that pay a commission but don’t target or track users. That’s different from Google’s behavioural, or targeted, ads that come up based on your search history, which many find creepy and invasive.

Mojeek has private investors. Founder Marc Smith, who began in 2004 with two servers in his bedroom, believes advertising is “a necessary evil and we’ll look for whatever route we can to avoid it,” said marketing chief Finn Brownbill.

In Switzerland, a country whose banking sector became a byword for secrecy, Swisscows has thrived, with monthly search queries jumping by nearly half to 20 million from a year ago, said founder Andreas Wiebe, who also runs software company Hulbee.

Even so, Wiebe said he met plenty of scepticism at the start. “In 2014, I had people talking to me (saying) ‘you’re crazy’,” and that the project would be dead within a year.