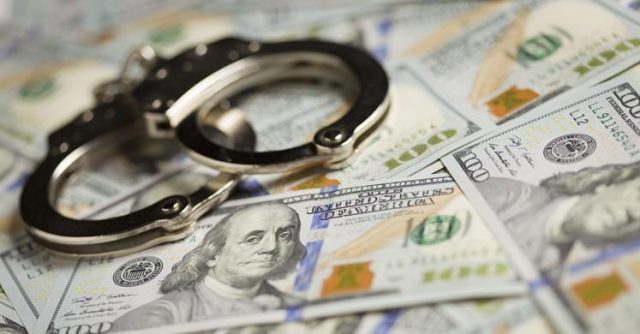 ISLAMABAD: Pakistan is set to finalize and enforce a new anti-money laundering law in line with global practices to fight money laundering and counter-financing of terrorism (AML/CFT) regime, said a top SECP official on Thursday.

The Securities and Exchange Commission of Pakistan (SECP) held a workshop on Thursday regarding anti-money laundering regime and framework to detect beneficial owners of companies.

Head of SECP’s anti-money laundering and international relations departments Khalida Habib briefed participants about FATF AML/CFT recommendations, the legal framework for it and its procedures for monitoring their implementation and challenges being faced.

Khalida said the SECPs regime is aimed at protecting the financial system and the economy from the threats of money laundering and terror financing.

The regime is being implemented through a comprehensive legal framework, effective implementation of preventive measures, effective financial intelligence, enforcement and through strong domestic and international cooperation.

Ms Habib recalled that FATF had observed deficiencies in Pakistan’s implementation of AML/CFT regime in February 2018.

She told the participants that Pakistan gave a high-level political commitment to implement the action plan agreed with FATF to address the notified deficiencies.

FATF has placed Pakistan under ICRG review to monitor progress against the agreed upon action plan that would be completed by September 2019.

She said that two parallel FATF monitoring processes are currently underway, the first is Pakistan’s mutual evaluation by Asia Pacific Group-against FATF 40 recommendations and the second is the FATF Action Plan (27 Actions).

They are also required to provide details of Safe Harbor Provision, obliged to assist in the enforcement of AML Act.

Mr Khan said that beneficial owners are natural persons who ultimately own or control a customer and/or the natural person on whose behalf a transaction is being conducted.

It also includes those persons who exercise ultimate effective control over a legal person or arrangement.

The legal persons can also take the form of offshore companies as any shareholder can form a company or it’s permitted under bearer share certificates and many other factors.

He said that the SECP acquires the information of BO under the Companies Act, 2017, as well as limited liability partnerships under LLP Act, 2017, which is publicly available at the office of the registrar concerned from where it can either be inspected or certified true copies of the statutory returns be obtained on payment of a nominal fee.