HUMNL has called for an investigation into the buying and selling of the company's shares considering how PSX, SECP and HUMNL were kept uninformed regarding the transactions 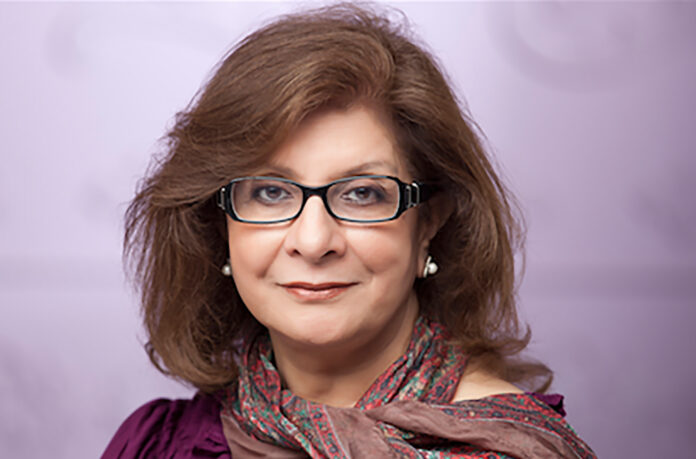 KARACHI: President Hum Network Limited (HUMNL) Sultana Siddiqui on Thursday asked the Securities and Exchange Commission of Pakistan (SECP) to inquire about an alleged attempt by a concert of parties to take over HUMNL.

HUMNL following Profit Magazine’s article titled, “Is Sultana Siddiqui about to lose control over Hum TV?”, conducted an audit of its shareholding to assess the likelihood of a takeover.

As a result of the findings, HUMNL wrote a letter of complaint to the SECP regarding the illegal transfer of shares by shareholders of HUMNL. The letter has been undersigned by Sultana Siddiqui, in addition to the public notice to the Pakistan Stock Exchange (PSX) outlining the findings.

Moreover, the company also claims that the transfer of shares are in contrast with Section 29 of the SECP Act and Section 139 of the Securities Act, 2015.

The letter summarizes the details in the public notice issued on the PSX and also mentions that HUMNL had been observing unusual activity in the trade of company’s shares in the stock market, especially in the months of March and April.

The letter states: “…with huge volumes being transacted and/or traded on a daily basis and that such transactions and/or trade of shares have not been reported to the company, the PSX and the SECP.”

Considering the upcoming election of directors, the company expressed its concerns over the buying and selling of HUMNL shares and feels that the voting rights of parties involved should be revoked.

“The share trading and transfer of shares between Aitkenstuart, JS Group, Munaf Ibrahim and the Kingsway Group is also in violation of Section 111 of the Securities Act, 2015. As is obvious from the facts stated above, it is abundantly clear the aforementioned parties are acting in concert with each other with a common objective and purpose of acquisition of voting shares and control of the company,” the letter further reads.

In addition, HUMNL has called for an investigation into the buying and selling of shares by the concerned parties considering how they did not inform the PSX, SECP and HUMNL as per the SECP’s regulations.

Who is trying to takeover HUMNL?

As per HUMNL, Aitikenstuart is solely owned by OBS Healthcare Pvt Ltd and is the holding company of AGP Limited, a listed company. The company comes under the umbrella of OBS Group, headed by Tariq M Khan.

As per the letter, OBS and JS Group have a history of business connection. The letter cites excerpts of JS Bank’s annual report for the year 2015 and a testimonial by Khan.

Moreover, HUMNL points out that AGP’s initial public offering was undertaken by JS Global Capital Limited as a consultant to the Issue. In addition, Kamran Mirza, who accumulated HUMNL’s shares for Aitkenstuart has served as the executive vice president and the head of investment banking group with JS Bank.

Kingsway Fund Frontier Consumer Franchises EXTOBA is registered with the US Security and Exchange Commission and was incorporated in the state of Luxembourg. Kingsway Capital operates in London, however, details of its owners and functioning are not disclosed on its website.

“Ibrahim has been a longtime employee of JS Group and has served in various capacities,” writes Siddiqui.

Voting rights and elections of directors

HUMNL feels that due to this information being made public, Aitkenstuart Pakistan (Private) Limited, JS Bank Limited, Munaf Ibrahim and Kingsway Extoba should be restricted from exercising their voting rights in view of the voting shares acquired between the period January, 2020, to June, 2020, under Section 272(1), read with, Section 272(2) (c), Companies Act, 2017.

Moreover, out of the 15 notices of intention to contest elections as a director of the company that is to be held on the August 22, 2020; HUMNL finds eight of them to be ineligible to contest citing Regulation 11(1) and (3), PEMRA Regulations 2012, and the recent directions issued by the Pakistan Electronic Media Regulatory Authority to the company.

“They are depriving minority shareholders of their rights protected under the law. Nowhere does it state that you need substantial holding to stand for election.”