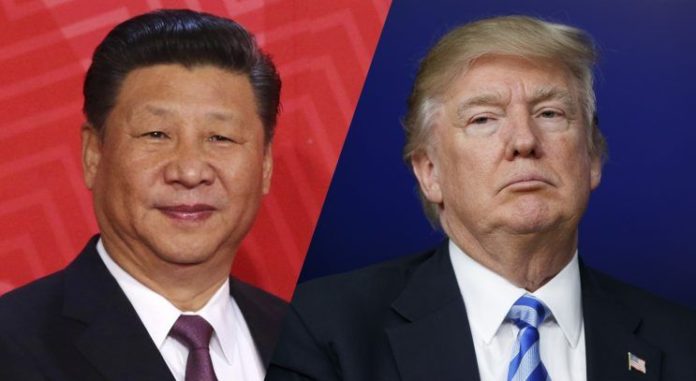 BEIJING: China vowed Wednesday to move swiftly to strike a trade consensus with the United States — to the apparent relief of US President Donald Trump after a day of mixed signals that sent global markets into a swoon.

“Very strong signals being sent by China once they returned home from their long trip, including stops, from Argentina,” Trump tweeted.

The Chinese commerce ministry said negotiators will “actively push forward negotiations within 90 days in accordance with a clear timetable and roadmap” — marking Beijing’s first public acknowledgement of the deadline announced by the US at the weekend.

The ministry lauded Trump’s talks with President Xi Jinping at the weekend as “successful” and said it was “confident” their agreement would be implemented.

The ministry vowed to start implementing “specific matters” that were agreed — saying “the sooner the better” — but did not provide any details.

“Not to sound naive or anything, but I believe President Xi meant every word of what he said at our long and hopefully historic meeting. ALL subjects discussed!” Trump responded on Twitter.

Trump and Xi agreed on a trade war truce on the sidelines of a G20 summit in Argentina on Saturday, holding off on new tariffs and giving negotiators three months to reach an agreement.

In Buenos Aires, China pledged to buy more from the United States and the White House said the two sides would negotiate “structural changes” to thorny issues plaguing relations, but few details and no dollar amounts were disclosed.

But the verbal detente had appeared broken earlier Wednesday as China’s foreign ministry lashed out at criticism from US Secretary of State Mike Pompeo.

Speaking in Brussels on Tuesday Pompeo said the US could abandon some international agreements to thwart “bad actors” like China, which he accused of cynically exploiting World Trade Organization rules.

Noting the applause at the end of Xi-Trump summit, Geng asked: “I don’t know why people clapping at that time now mean by saying this type of thing, what are their intentions?”

Adding to the confusion, Trump indicated on Tuesday that the trade talks could go beyond the March 1 deadline.

But the US leader kept up the threats as he warned he was ready to make China “pay for the privilege” of selling in the US market if the negotiations fail — in a shift from 24 hours earlier, when Trump was unreservedly triumphant, saying relations with China had taken a “BIG leap forward.”

While he said he would “happily sign” a fair deal that addresses US concerns, he also warned: “remember, I am a Tariff Man.”

The change in tone and the increased confusion over what was achieved at the meeting contributed to a sharp decline in the US stock market, which plunged on Tuesday, driven lower by trade worries and fears for future US economic growth. Chinese shares closed lower on Wednesday amid similar doubts.

As part of the truce, Trump agreed to hold off on plans to raise the tariffs on $200 billion in Chinese imports to 25 percent beginning January 1, leaving them at the current 10 percent rate.

US Treasury Secretary Steven Mnuchin said markets were in a “wait-and-see” mode.

“The market is trying to figure out, is there going to be a real deal at the end of 90 days or not,” Mnuchin said at a Wall Street Journal event on Tuesday.

Beijing pledged to import more US products to narrow its massive trade surplus with the US following the Argentina talks, but has given few details about what was agreed.

The White House has said China agreed to purchase a “very substantial” amount of agricultural, energy, industrial and other products to reduce the yawning trade gap. It also would begin buying products from US farmers “immediately”.

Trump added China would roll back tariffs of 40 percent on cars, though Beijing has yet to confirm the move.

“This is a specific step taken by the Chinese side to strengthen protection of intellectual property and crack down on IP rights violations,” Geng said.