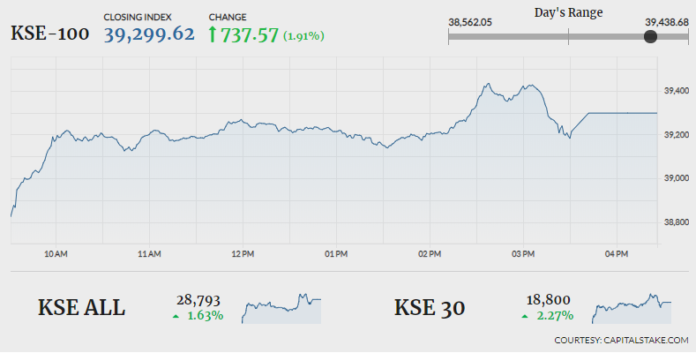 The finance minister, who was accompanying the PM along with Sindh governor, assured the investors during the meeting that the government would reduce the capital gain tax (CGT) as well as tax on share turnover.

Trading volumes improved from the previous session and were recorded at 154.17 million. The volume chart was led by K-Electric Limited (KEL +8.14pc) with 34.68 million shares exchanging hands, followed by Engro Polymer and Chemicals Limited (EPCL +2.75pc) and The Bank of Punjab (BOP +2.17pc). The scripts had traded 7.95 million and 5.99 million shares respectively.

Sazgar Engineering Works Limited (SAZEW +5.00pc) touched its upper-circuit breaker after the company announced its production and sales figures for the month of November. A total of 1,044 units were produced while 1,055 were sold.