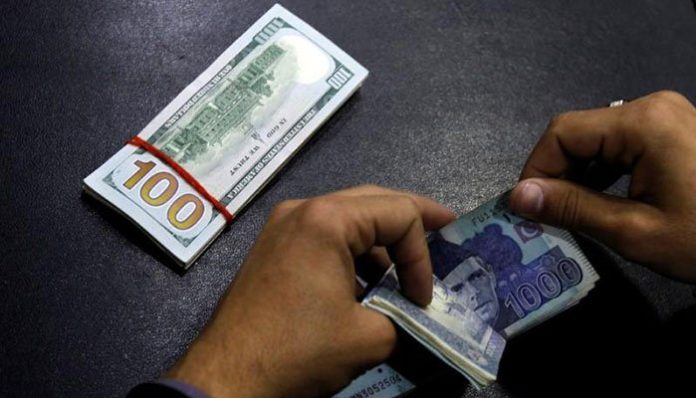 ISLAMABAD: As the experts have already expected a further decrease in the value of Pakistani currency against the dollar, the State Bank of Pakistan (SBP) governor has also indicated further devaluation keeping in view the gap between exports and imports.

Briefing the Senate’s Standing Committee on Finance and Revenue on the recent devaluation of the currency, SBP Governor Tariq Bajwa claimed that the central banks make adjustment as per demand and supply of dollar in the market.

“The exports of the country are recorded at $24 billion against the huge imports of $60 billion, a deficit of $36 billion. If imports are increased, the value of the dollar will subsequently jump in future,” he said, adding that in case the deficits go on in the same pattern, it will be difficult to avoid further devaluation.

During the meeting, Senator Mian Muhammad Ateeq said he agreed with the issue of appreciation and depreciation, but would like to know what ‘administrative’ measures are being implemented by the government, as “cash dollars are being flown out of three major airports” in Pakistan.

Earlier, the SBP governor wanted to give an in-camera briefing to the committee on the devaluation subject which the committee refused by saying that the governor should inform the committee openly. Since the people are directly affected by the changes in exchange rates, there should be no secrecy on the subject.

“We are going nowhere. Brief us in the parliament,” said Mian Ateeq, alleging that the SBP governor was following the direction of the “selected” ministers.

The SBP governor, however, rejected the allegation, saying that he was not completing an extension period at the central bank to get dictations.

Briefing the committee, Tariq Bajwa said the positive development was related to imports which are decreasing in this financial year followed by the government’s initiative of imposing regulatory duties. The imports in the early months of the financial year 2017-18 were increased by 24 per cent.

While deliberating over a public petition submitted by Usman Rafiq regarding provision of MPhil allowance in accordance with HEC criteria, the Committee was of the view that this was a policy matter that has to taken up by the Ministry of Finance.

Regarding issues of hacking of bank accounts, it was revealed that no individual account holder suffered. The committee was also informed that in order to protect account holders from such cases, a ceiling on transactions has been enforced.

Discussing issues being faced by the rice industry, the committee recommended that FBR, while imposing taxes, must realise that the middleman is not hurt but the grower.  While reviewing the work and performance of the Central Directorate of National Savings, the committee was happy to see that in future it planned to introduce Shariah compliant products.

Talking about under-invoicing, State Minister for Revenue Hammad Azhar said that the issue has been taken up with China from which Rs250 billion worth under-invoicing has been reported. He said that both countries have agreed on trade processing data sharing formula.