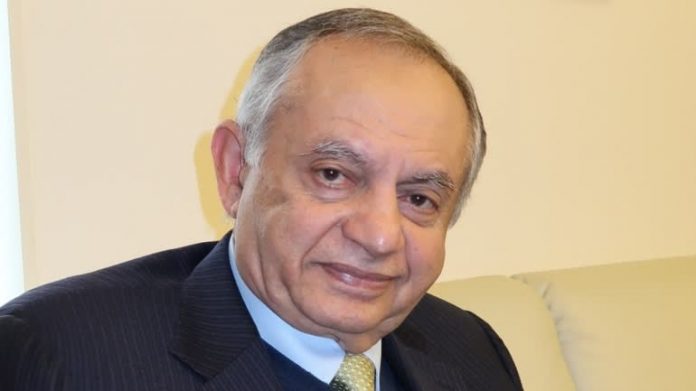 He said the company had re-entered Pakistan after a gap of almost three decades and setup its office in the country.

Pakistan is requesting China to switch its investment focus from power & infrastructure to industrialization, agriculture and education in regard to the China-Pakistan Economic Corridor (CPEC).

In an interview with the Nikkei Asian Review, Mr Dawood reaffirmed Pakistan’s full commitment to CPEC.

He said via CPEC investment, Pakistan has sufficient power generation and now the government was widening the extent of the corridor.

Till now, a majority of the projects under CPEC have concentrated on power and infrastructure, however, Dawood stated Pakistan has cancelled some power projects due to deeming them “too large and unnecessary.”

He elaborated that Islamabad has asked Beijing to look at industrialization, agriculture and education in line with the CPEC.

He cautioned the economy would grow through a time of lower growth for a year or two, but then it will gain pace.

All eyes of local industrialists and foreign investors are focused upon Pakistan’s negotiations with the International Monetary Fund (IMF) over an $8 billion bailout programme.

However, Mr Dawood highlighted Pakistan wasn’t solely depending on the IMF.

Pakistan has already clinched a $3 billion financial bailout package from Saudi Arabia in October last year and UAE in late-December announced its intention to park $3 billion in the State Bank of Pakistan (SBP).

Dawood reiterated that Pakistan will make required arrangements to quell its existing problems.

While talking about IMF’s demand for tax reforms, Dawood observed Pakistan had brought a reform package which includes simplification of tax layers and the adjusting of direct and indirect taxes.

Late last year, the “Make in Pakistan” initiative was launched to enhance exports, reduce the trade deficit and develop the country’s skills.

He said, “We are giving incentives again to manufacturing in Pakistan. We also reduced custom duties and are talking a lot to get market access to China, Indonesia, Malaysia and so on.”

Moreover, the country is fixing its export aspirations on manufactured goods like tractors, refrigerators, washing machines, transformers and motorcycles.

Additionally, it intends to exploit the international demand for information technology workers and products.

Mr Dawood said Pakistan produces 35,000 technical graduates annually. He added they were aware competition was very stringent, however, Pakistan is exporting $3 billion of IT services and software annually.