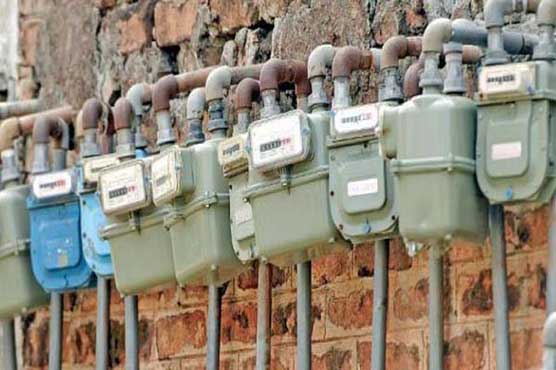 ISLAMABAD: The Oil and Gas Regulatory Authority (OGRA) has approved to charge the gas consumers with Rs1.1 billion on account of 2.6pc gas theft made during the last five financial years, it was learnt on Monday.

OGRA, in the matter of Sui Northern Gas Pipeline Limited (SNGPL) review against the authority’s determination of a motion for review regarding final revenue requirement for FY2016-17 under OGRA Ordinance 2002, and NGT Rules 2002, has increased the benchmark of Unaccounted for Gas (UfG) from 5pc to 7.6pc.

Sources claimed that the authority passed on the heavy burden of stolen gas of five years to gas consumers apparently to benefit the shareholders of gas companies.

OGRA Chairperson Uzma Adil Khan and Member (Oil) Abdullah Malik made this approval while Member (Finance) Noorul Haque submitted his note of dissent on the decision.

In his dissenting note regarding UfG differential claim on a retrospective basis for the period FY2012-13 to FY2016-17, Noorul Haque called for maintaining the earlier decision of the authority taken in motions for reviews.

He said after the UfG study was finalized by the authority, a petitioner had filed motions for review for FY2012-13 to FY2016-17. “The authority had heard the said motions, applied its mind, and accordingly decided the matter. It is now the redetermination/reopening of the same, having no additional evidence, reason or logic,” said the OGRA member in his dissenting note.

Haque also advocated that the policy guideline state 2.6pc UfG allowance as per UfG report, however, 2.6pc allowance has not been recommended in the UfG report pertaining to past final revenue requirements (FRRs), thus the basis of policy guidelines is not realistic.

He said during the discussion on the agenda, the technical committee almost unanimously recommended to uphold the earlier decisions that were based on the recommendation of a UfG consultant, which stated, “The authority may issue directives to close the provisional FRRs as evaluating Sui companies’ performance against the proposed KMIs for those periods may not be appreciable. FRR for 2017 may also be evaluated based on prevailing criteria due to the above-mentioned reason.”

He said that application of equal (2.6pc) allowance for companies having different amounts of claims has no rationale, whereas, in earlier decisions of the authority, uniform treatment was applied to both companies by allowing a uniform percentage of claims companies for law and order and non-consumer.

It is pertinent to mention that former OGRA chairman Tauqeer Saddiq had jacked up UfG ratio from 4.5 pc to 7pc due to which he faced Rs80 billion OGRA scandal. NAB, after holding a thorough investigation, had filed a reference against him. However, with recent increase in UfG ratio from 5pc to 7.6pc, there are chances that NAB reference against Tauqeer Saddiq would be dismissed, as the recent increase in UfG ratio (5pc to 7.6pc) is higher than the previous raise (4.5pc to 7pc).

Moreover, the incumbent chairperson took the decision of increase in UfG ratio against the recommendation of OGRA’s technical committee. Furthermore, Lahore High Court (LHC) and Sindh High Court (SHC) had already opposed passing on the additional burden of gas theft to gas consumers.