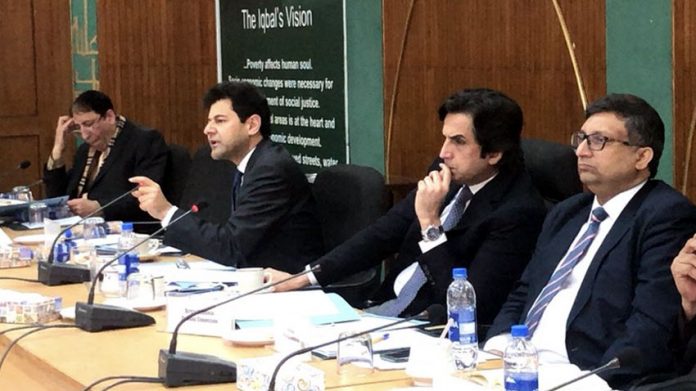 The projects include Nai Gaj Dam (Rs46.5 billion) and Punjab police integrated command, control and communication project (Rs17.5 billion). Besides, an Emergency Plan for Polio Eradication ($986 million) has also been recommended to ECNEC.

The projects referred to ECNEC belonged to water resources and information technology sectors.

Speaking about the Nai Gaj Dam project (Rs46.5 billion), Planning Secretary Zafar Hasan said that Nai Gaj Dam would help the country overcome water shortages, as it would irrigate an area of 28,000 acres in Sindh, adding that close liaison between the federal and Sindh government would be imperative for the timely execution of the project.

“Considering the importance of the project, its completion should be expedited without any further delay,” he asserted.

Meanwhile, the project of Punjab police integrated command and control center in Lahore (Rs17.5 billion) envisaged modernisation of infrastructure system and capabilities of the Punjab police to proactively manage the security situation and to professionalize the police response to incidents by moving towards mission focused deployment of resources.

Moreover, the CDWP fully recommended second revision of Emergency Plan for Polio Eradication worth $986 million to ECNEC. After taking a briefing on the project, the minister said a fast monitoring mechanism should be ensured for smooth implementation of the project, as polio eradication is a national priority. He instructed the federal and provincial governments to work closely for the eradication of core reservoirs where sewerage water is contaminated with poliovirus.

Bakhtiar appreciated the focal person for polio and hoped that all out efforts would be made to ensure complete eradication of the epidemic in the coming days.

It is pertinent to mention that the project was provisionally recommended to ECNEC by CDWP last week.