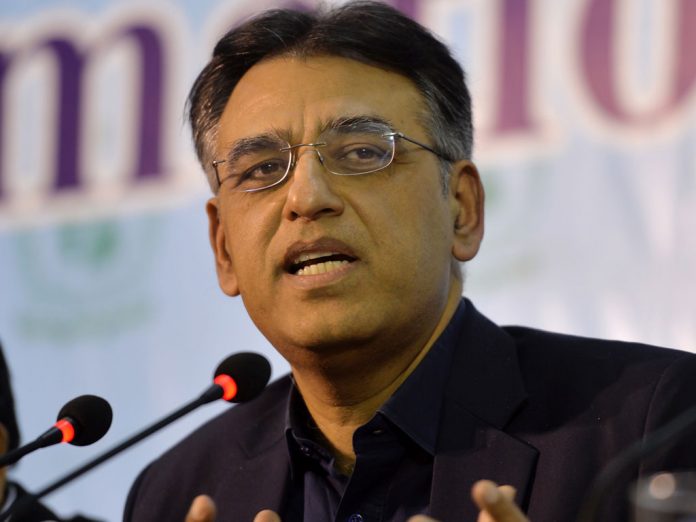 ISLAMABAD: Finance Minister Asad Umar has said that the supplementary budget, which would be launched by the government this month, is aimed at enhancing exports, facilitating business activities, and attracting maximum foreign direct investment in the country.

“Due to remedial measures, introduced by the current government to bring stability in national economy, the economic indicators had already been started showing significant resilience,” he said while talking to journalists at his office. “During the first half of current financial year, exports of the country have increased, imports decreased and remittances are showing an upward trend as compared to the corresponding period of last financial year.”

The minister said despite the immense challenges faced by the government on the economic front, it was decided to introduce some structural reforms to correct the fundamentals of the national economy in order to bring about long-term development and stability.

“Owing to these reforms, current account deficit is now decreasing, which would ultimately help reduce the pressure on foreign exchange reserves,” he added.

Umar said that four components, including exports, imports, remittances and foreign direct investment, are the determining factors of current account deficit, adding that all these indicators, excluding foreign investment, remained up to the mark during the first half of current fiscal year.

He informed that the private sector credit off-take during the period from July-December 2018, has also witnessed 65pc growth as compared to 21pc in last year, the highest in last 13 years.

He said that on a year-on-year basis, CPI percentage for households belonging to lower income groups declined in the period as compared to the same period of last year, adding that government had tried to provide maximum relief to common man.

He said the government, after coming into power, had announced to explore and utilize other alternative sources for economic development and stability, besides negotiating with the International Monitory Fund (IMF).

The government is still in process of negotiation with IMF and as soon as any suitable programme for the betterment of national economy finalized, the agreement with the fund would be signed, he remarked.

He said that the government is utilizing other available alternative options to fulfill the financial requirements of the country.