How IT enabled a Matric-qualified carpenter earn $50,000 in 18 months 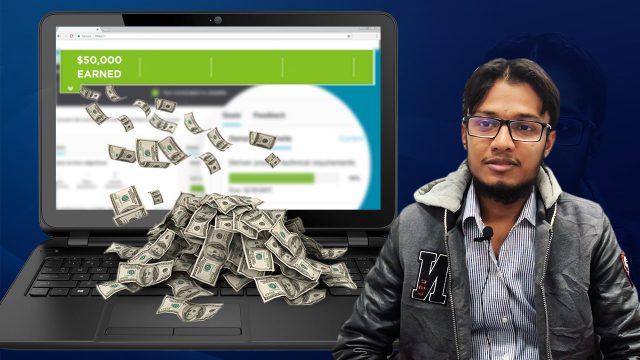 Matric-qualified Muhammad Muawiya, a 22-year-old resident of Karachi, earns more than a bank manager every month and that too from the comfort of his home.

Muawiya had learned about an IT course being offered by the trust where he was assisting his father who is also a carpenter. He had no idea what the course was about but enrolled in it anyway.

“The first six months were quite a struggle and I didn’t understand much,” he said according to a media report.

But he continued and signed up for another course next semester and that’s when he grabbed an internship at Panacloud, a software development company with a focus on artificial intelligence.

It was during this internship that Muawiya got his first project on upwork.com, a freelancing website. After receiving a high five-star rating, Muawiya never looked back ever since. In the next 18 months, he earned over than $2,000 or Rs280,000 per month on average.

Not everyone earns this much though. Muawiya’s seniors are earning even more. Take for example, Daniyal Nagori, managing director at Panacloud, who has earned more than $100,000 in one year. This brings his average monthly income to more than $8,000 or above Rs1 million.

People like Muawiya and Nagori are part of a 200,000-strong nationwide network of freelance developers.

Some of these freelancers are earning $5,000 a month but avoid the limelight for security reasons.

IT services are in high demand both locally and internationally, says Nasir Hussain, one of the lead trainers for a mass IT training programme, which is a collaboration between Panacloud, the Saylani Welfare Trust and Iqra University.

“When you can earn $2,000 from a project you can finish in one week, why bother with a fulltime job?” asks Hussain, referring to the increasing number of people signing up for the mass IT training programme.

What started as a small project has now spread across Pakistan as President Arif Alvi just launched the Presidential Initiative for AI and Computing, a countrywide programme to provide IT training to the youth.

According to the industry experts, IT has the potential to become the second largest export industry after textile. In a global market of $200 billion, Pakistan’s share is still miniscule at $1 billion, but the IT fever is picking up in the country. Pakistan’s IT exports grew 71% between 2013 and 2016, the highest rate in South Asia, according to the Pakistan Software Export Board (PSEB). The government is now targeting taking IT exports to $10 billion by 2025.

The IT sector is playing a catalyst role in employment generation at a time of an economic crunch as the demand for outsourcing work has increased exponentially in the last few years. One of the major factors driving this growth is that one doesn’t need a solid background in IT. All they need is some basic literacy in computing. People who were once students in this mass IT training programme are now employing more developers to work under them and this is a trend across Karachi, Hussain says. Muawiya is an example of that.

The young lad is now training others and aims to launch his own company for which he will recruit his best students.