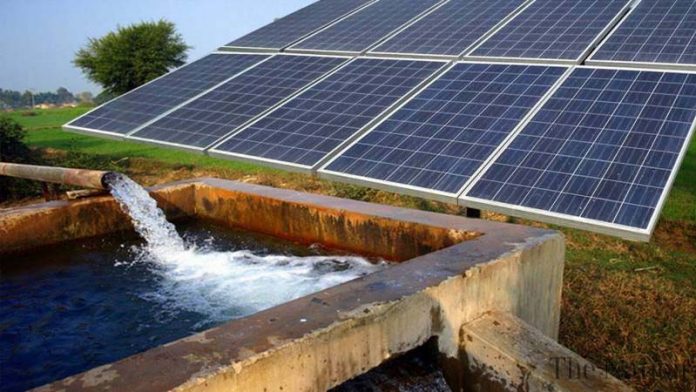 ‘The project will solarise over 30,000 tube wells in a short span of time’

ISLAMABAD: Planning Minister Makhdoom Khusro Bakhtiar said on Wednesday that the government was planning to initiate Roshan Pakistan project in Balochistan to solarise over 30,000 tube wells within a short span of time.
Responding to a calling attention notice moved by Senator Mir Kabeer Ahmed Muhammad Shahi, the minister said that the government was ready to incorporate the unapproved projects worth Rs60.40 billion for Balochistan in the next budget of 2019-20.

Senator Shahi had the sought the minister’s attention on “reducing the amount of funds under Public Sector Development Program (PSDP) from Rs950 billion to Rs675 billion for
Balochistan, affecting the health, education, infrastructure and communication
sectors at large.”

The minister said the previous government of Pakistan Muslim League-Nawaz had included Rs750 billion worth projects in PSDP for Balochistan in the last month of governance only to please the people of Balochistan, adding that the incumbent government was committed to giving more share to the socio-economic uplift of the neglected province.

“The government has already asked Pakistan Space and Upper Atmosphere Research Commission (SUPARCO) to identify the viable areas for constructing 100 dams in Balochistan. Moreover, in collaboration with the provincial government, we are planning to irrigate 700,000 acres of Balochistan land,” he maintained. “The underdeveloped areas of the country including Balochistan, North Sindh and South Punjab, are among the top priorities of the government’s Regional Equalisation Strategy policy.”