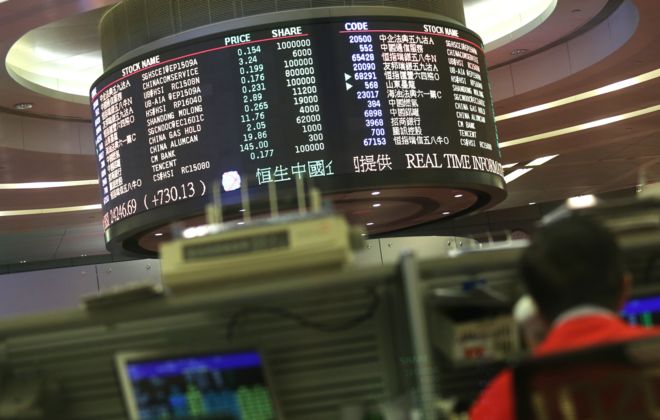 WALL STREET: U.S. indexes reflected a mixed draw of corporate earnings on Tuesday. 3M, the maker of Post-it notes, industrial coatings and ceramics, posted upbeat fourth quarter results. Harley-Davidson reported a drop in sales. Apple announced better-than-expected earnings, and its shares surged 5.7 percent to $163.50 in after-hours trading. The S&P 500 index retreated 0.1 percent to 2,640.00 while the Dow Jones Industrial Average was up 0.2 percent at 24,579.96. The Nasdaq composite, which has many technology stocks, shed 0.8 percent to 7,028.29. The Russell 2000 index lost 0.1 percent to 1,471.45.

FED MEETING: All eyes are on a Federal Open Market Committee meeting ending Wednesday. Although the Fed is expected to leave its short-term interest rate unchanged, the nuances of a press conference by Chairman Jerome Powell will be closely watched.

CHINA-US TRADE: American and Chinese officials will begin two days of trade talks in Washington. U.S. President Donald Trump will reportedly meet Chinese Vice Premier Liu He in an attempt to move negotiations forward. But the Justice Department’s charges against Chinese tech giant Huawei, its subsidiaries and a top company executive may be a hurdle. China has urged U.S. authorities to end what it called an “unreasonable crackdown” against Huawei, which has been accused of stealing technology and violating sanctions on Iran.