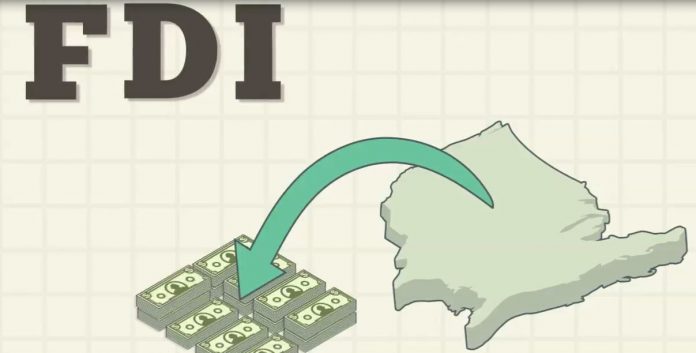 LAHORE: State Bank of Pakistan (SBP) in its first quarterly report released on Tuesday for FY19 said aside CPEC-related inflows from China, no major activity was witnessed in foreign direct investment (FDI).

It added the level of current account deficit remained daunting due to rising oil prices which caused quarterly import bill to cross $4.0 billion for the 1st time since Q1 of FY15.

According to the report, the 1st quarter of FY19 was the eighth consecutive quarter in which the country’s exports rose on a year-on-year (YoY) basis.

As a result of this development combined with a healthy uptick in workers’ remittances, contributed to a slight narrowing of the current account deficit.

Consequently, the pressure on the balance of payments continued to rise, with Pakistan’s foreign exchange reserves sliding by $1.4 billion and the rupee depreciating by 2.2% during Q1-FY19.

Regarding exports, the growth rate slipped from double digits to 3.8% during the first quarter of FY19, said the central bank.

The report attributed this to a sharp slump in textile exports, as declining unit prices for most projects nearly nullified the impact of higher quantum.

The central bank said there was a 29.2% increase in food exports, especially of sugar and wheat.

In good news, the growth of import bill stagnated during Q1-FY19, as non-energy imports fell by a heavy 18.7% against Q1-FY18, the first such contraction in four quarters, said SBP.

This was primarily attributable to a decline in machinery imports, as public sector development spending decelerated and early harvest CPEC project neared completion, said the report.

According to the central bank, energy imports nullified this fall, since an increase in global oil price fueled import payments upwards by 20.9%.

Consequently, the trade deficit widened by 7.3% on a YoY basis; however, this expansion was much lower than the 38.6 percent YoY uptick noted in Q1-FY18.

Moreover, workers’ remittances posted a healthy rise of 13.2%, as inflows from both GCC and non-GCC countries increased.

This was credited to improving macroeconomic conditions in the US and the UK, barring the season inflows, supported the remittances in the first quarter of FY19, the central bank observed.

“On the financing front, the major challenge in plugging the current account gap was the near-completion of several early harvest projects under CPEC, which led to a 42.6 percent YoY contraction in FDI and partially caused a drop in external borrowing by the private sector (mainly the power sector firms),” said SBP.

The report highlighted aside CPEC-related inflows from China, no major activity was witnessed in foreign direct investment (FDI).

About portfolio investment, the central bank said net outflows accelerated in the first quarter (July-September) of FY19 due to foreign selling doubling from local bourses compared to the same period in 2017.

As per the central bank, this performance was in line with the trends in other emerging markets which encountered selling pressures in the light of monetary tightening by the US Federal Reserve and the resultant portfolio realignment by global fund managers.

In such a situation, the weight of arranging balance of payments financing fell heavily on official sources, said the report.

“Here, too, projected inflows from IFIs could not materialize and Pakistan counted increasingly on government-to-government funding arrangements, in addition to drawing drown its FX reserves to plug the payments gap,” said SBP.