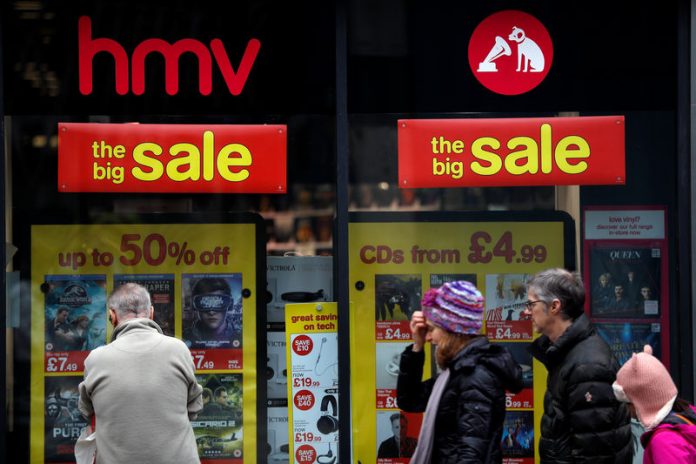 HMV, launched by English composer Edward Elgar in 1921, collapsed close to bankruptcy just before the new year after weak Christmas sales and amid a declining market for CDs and DVDs.

KPMG, appointed administrators to try and find a buyer for HMV, said that 27 stores would have to close with the loss of 455 jobs.

At the same time, “Sunrise Records & Entertainment Limited will acquire 100 stores across the UK, and 1,487 store and head office employees will transfer as part of the transaction”, KPMG said.

“The stores will continue to trade as HMV, with four stores continuing to trade as Fopp,” it added.

Sunrise Records chief executive Doug Putman expressed delight at acquiring “the most iconic music and entertainment business in the UK”.

“By catering to music and entertainment lovers, we are incredibly excited about the opportunity to engage customers with a diverse range of physical format content, and replicate our success in Canada,” he added.

His Master’s Voice (HMV), whose logo shows a dog listening to a record player, is the last major music retailer in Britain and has been suffering for years from the switch to streaming services.

But Putman on Tuesday said that “the physical media business is here to stay”.

Hilco Capital, a restructuring company which rescued HMV when it previously entered administration in 2013, decided to appoint its own administrators in late December, allowing stores to keep trading.