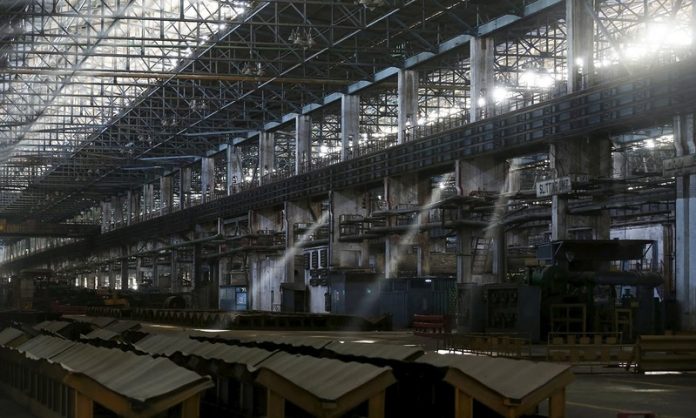 ISLAMABAD: Pakistan Steel Mills (PSM) is causing approximately Rs120 million per day loss to the national exchequer, while the government has so far failed to reconstitute the PSM board of directors, Pakistan Today has learnt.

According to sources, PSM has become a plethora of problems and its problems are multiplying with each passing day, as it still awaits the appointment of senior officials, required funds as well as the initiation of accountability process.

Sources said that at present, the PSM management structure is almost non-existent, adding that the posts of chief executive officer, chief finance officer, eight directors, 25 general managers, and 45 deputy general managers are lying vacant. “PSM accounts have not been audited from July 2015 till January 2019.”

They said PSM is currently faced with debts liabilities of around Rs480 billion (from July 2008 to January 2019).

The PSM stakeholders, in a letter to Prime Minister Imran Khan, had asked for an inquiry against all those who are out to sabotage the revival plan.

Prime Minister Imran Khan subsequently approved a consultative arrangement, involving an expert group, to explore the options for PSM re-operationalization. The expert group is likely to submit its recommendations by next month.

Sources said that the expert group is expected to recommend the government a phase-wise revival of PSM.

The group was entrusted to explore various options for re-operationalization of PSM and its role was made advisory in nature. It was asked to work on a pro-bono basis without incurring any expense or liability on the government.

For confidentiality, the group was asked to table various proposals for the revival of PSM before the Economic Coordination Committee (ECC) of the Cabinet.

Sources said the ministry has so far ignored the PSM revival plan, which was prepared by a Chinese company ‘Sinosteel’ in 2015, after taking millions of rupees as payment for the said purpose.

They said the Ministry of Industries had handed over the task of PSM revival to private steel mill companies and Hub Power Company Limited (HUBCO) by setting aside the PSM board of directors as well as Public Procurement Regulatory Authority (PPRA) rules.