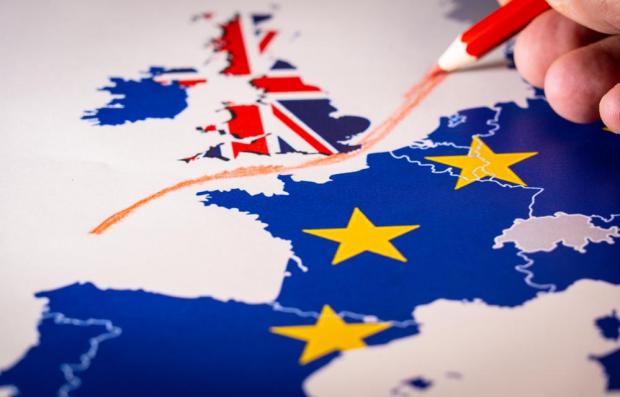 FRANKFURT: A British departure from the European Union without a deal could put 600,000 jobs around the world at risk, with Germany the hardest hit, a study published Monday found.

Researchers at the IWH institute in Halle, eastern Germany, examined what would happen if UK imports from the remaining EU fell 25pc after Brexit.

They reckoned that some 103,000 jobs would be under threat in Europe’s largest economy Germany and 50,000 in France.

Being affected by Brexit would not necessarily mean workers were laid off, the economists noted.

“Given the lack of skilled labour in many advanced economies, firms could also try to keep staff on by cutting hours or opening new markets,” they said.

It is so far uncertain whether Britain will strike a deal with the EU before its legally-binding exit date of March 29, after a huge majority of lawmakers last month voted down Prime Minister Theresa May’s painstakingly-negotiated accord with Brussels.

A “hard” departure without a deal would see tariffs imposed at the border, “tangling up global supply chains,” study co-author Oliver Holtemoeller said in a statement.

The economists focused only on trade in goods and services, leaving out other possible economic impacts of Brexit like changes to investment flows.

They noted that “since markets are linked up across the globe, suppliers based outside the European Union are also affected” by a no-deal Brexit.

Within the 27 remaining EU countries, a total of almost 180,000 posts at firms directly exporting to the UK would be at risk.

But 433,000 more workers in the EU and around the world would be affected, as their employers sell to companies who in turn export to Britain.

In the UK, the study turned up around 12,000 jobs dependent on supplying EU firms with inputs for products which are then sold back to Britain.

But a study published early last year by research firm Cambridge Econometrics estimated that a total of 500,000 British jobs would be at risk if there is no deal.

In European powerhouse Germany, the vital car industry would be the worst affected with 15,000 jobs, many of them in Volkswagen company town Wolfsburg and at BMW’s factory in Dingolfing.

By contrast, France’s service sector would be the worst hit, the IWH study found.