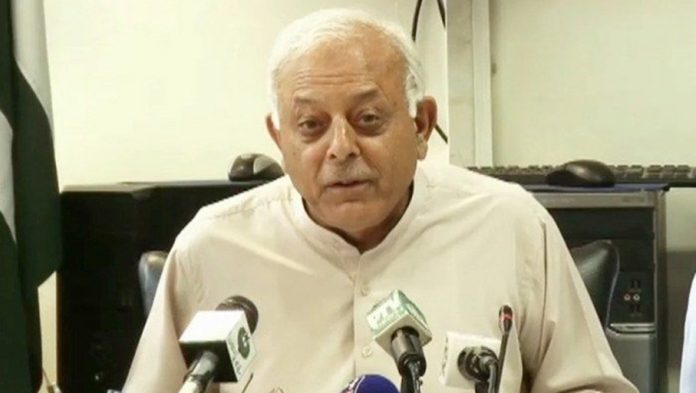 “Pakistan is energy deficient and requires affordable and dependable energy supplies to support its economic growth. The mission of this government is to promote investment in the energy sector so as to ensure a sustainable supply of oil and gas, which would subsequently help develop the country’s economy,” he stated while addressing the International Conference on Pakistan Petroleum.

The minister said that the government, under the leadership of Prime Minister Imran Khan, was striving hard to attract investment through good governance.

He lamented that despite being blessed with several gas discoveries since the country’s independence, there was a gap between supply and demand.

“Pakistan imports nearly 80pc of energy from international markets. On the one hand, we are struggling to keep up with an increasing energy import bill which has adversely affected our trade deficit,” he remarked. “We are faced with a huge challenge with regard to arranging cost-efficient fuel mix to meet our annual energy needs, which are growing at over 8pc per annum.”

The minister noted that oil and gas, including LNG, were the major components of the country’s energy mix as they constitute over 75pc of primary energy supplies. This government, being cognizant of the energy needs, has constituted an Energy Task Force, which would soon provide a comprehensive road map to help address the energy-related issues, he added.

“Oil is a well-established sector in Pakistan and is critical to meet the needs of many sectors. Many local and foreign major business groups are expanding their presence and setting up modern refineries and retail chains,” he noted.

Ghulam Sarwar Khan forecasted growth in the oil and transportation trade after the successful execution of the China Pakistan Economic Corridor.

“In the oil sector, Pakistan today does not have a deep conversion refinery,” the minister deplored, adding that five local refineries, which were basically hydro-skimming, produce only 12 million tonnes per annum of petroleum products against the current demand of over 25 million tonnes.

“Pakistan needs to be self-sufficient in refined oil products. This government has decided to completely phase out the use of furnace oil in the thermal power plants. The existing oil refineries in Pakistan will have to reconfigure themselves to reduce the production of furnace oil,” he asserted

“We are working towards better oil and gas exploration in Pakistan and new blocks will be offered very soon in this regard. Pakistan provides a level playing field to all exploration and production companies. I also encourage state-owned E&P companies to participate in the bidding rounds in order to compete with other companies,” he stated.

Prices offered to E&P companies for gas discoveries by Pakistan were among the best in the region, the minister claimed.

“Pakistan has a large offshore basin which largely remains unexplored. The Indus offshore is the second largest submarine fan system in the world and analogous to the prolific oil and gas producing Niger, Mahakam, Nile deltas and Krishna Godavari Basin. It is heartening that presently ExxonMobil, Eni, OGDCL and PPL are working on Kekra I,” he added.

The government welcomes local and foreign investors to expand their operations in Pakistan and initiate new projects, he said.

“Pakistan, with its growing educated middle-class and a young population, has tremendous growth potential and we are dedicated to meeting the energy needs of our expanding economy with best management of existing energy projects,” he concluded.