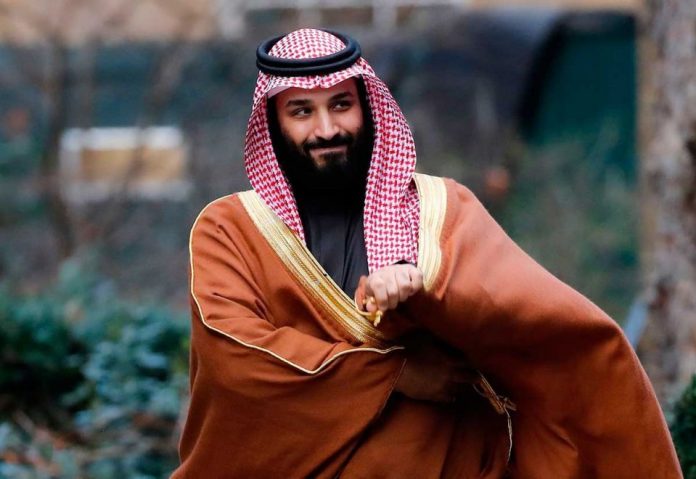 ISLAMABAD: Saudi Arabia will announce eight investment agreements during a visit to Pakistan by Crown Prince Mohammad Bin Salman, officials said on Wednesday, a trip that is expected to set the seal on growing closeness between the historic allies.

The investment is welcome in Pakistan, which is facing sharply slowing economic growth this year, a ballooning budget deficit and foreign currency reserves dwindling to less than $8 billion or two months of imports.

Saudi Arabia, meanwhile, is looking to diversify its economy beyond oil exports and also needs allies in the aftermath of the killing of Saudi journalist Jamal Khashoggi at the Saudi consulate in Istanbul in October.

While Islamabad has begun talks over a possible bailout with the International Monetary Fund, it has already won $6 billion in badly needed loans and credit arrangements from Saudi Arabia to prevent a balance of payments crisis.

The government is also looking for new sources of investment alongside the mammoth $60 billion China Pakistan Economic Corridor infrastructure project with Beijing.

Total Saudi investments could reach $20 billion over the next few years, the Board of Investment said in a statement, without providing any detailed breakdown.

Eight memoranda of understanding are expected to be signed during Prince Mohammad’s visit this weekend after plans were announced last month for a $10 billion oil refinery in Gwadar where China is building a deepwater port as part of its Belt and Road initiative.

“We would like this economic corridor that is being built and Gwadar to become a hub of trade, energy and economic activity,” Qureshi said.

Saudi Arabia is also interested in buying two liquefied natural gas-based power plants at Haveli Bahadur Shah and Bhikki which the government is looking to sell as part of a privatization drive, he said.

Pakistani Prime Minister Imran Khan was among a handful of world leaders who attended Riyadh’s flagship investment conference in October, which was shunned by many companies and governments in protest at Khashoggi’s murder.

Pakistani newspapers have reported in awe-struck tones on preparations for Prince Mohammad’s two-day visit, during which he will be accompanied by a 1,000-strong entourage and five truckloads of effects including his personal gym equipment.

Qureshi rejected suggestions that Pakistan had promised its support for the Saudi-backed coalition waging war in Yemen against the Iran-aligned Houthi movement.

“There is no such conditionality, there is no attempt to push Pakistan into Yemen,” he said.