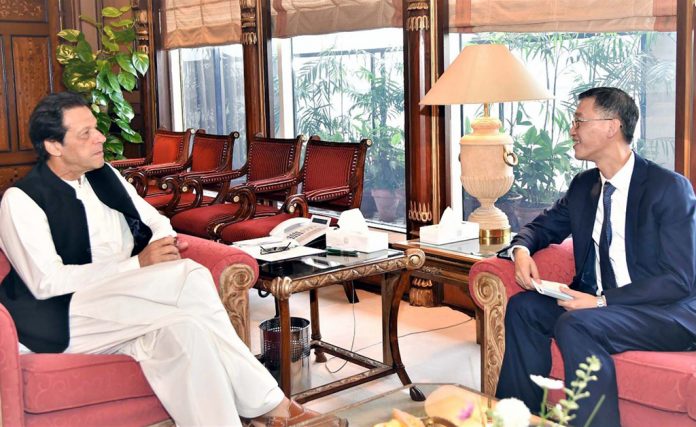 The ambassador updated the prime minister on the CPEC projects and said Pakistan and China were the closest friends and partners, a PM Office statement said.

He also reaffirmed his government’s resolve to work closely with Pakistan to further strengthen the bilateral relations.

Later, talking to media, the ambassador termed his meeting with the prime minister “very successful”.

He said he had conveyed that the Chinese leadership, government including the business community were encouraged by the vision, agenda and priorities set by Prime Minister Imran Khan and his government like the ease of doing business, Clean and Green Pakistan and opening up of Pakistan’s economy to the world.

He also lauded the government’s policies for inviting direct and indirect investment to the country besides enhancing its exports.

The ambassador said he had assured the prime minister that China would continue to be a strong partner of future development of Pakistan.

“We have every confidence that with the leadership of new government, Prime Minister Imran Khan, Pakistan will achieve its destination of prosperity and development,” he remarked.

During the meeting, the prime minister said Pakistan and China were close friends and strong partners.

Praising the vision of President Xi Jinping for socioeconomic development of China, he said Pakistan could learn much from the Chinese experience for the social uplift of the people of Pakistan.

The prime minister viewed that CPEC had added a new dimension to bilateral ties and reiterated Pakistan’s commitment to its timely completion.

He expressed satisfaction over the significant progress made on the CPEC projects.

The prime minister also underscored his priorities for transfer of technology and capacity building in the agricultural sector, which would have a direct impact on poverty alleviation in rural areas.