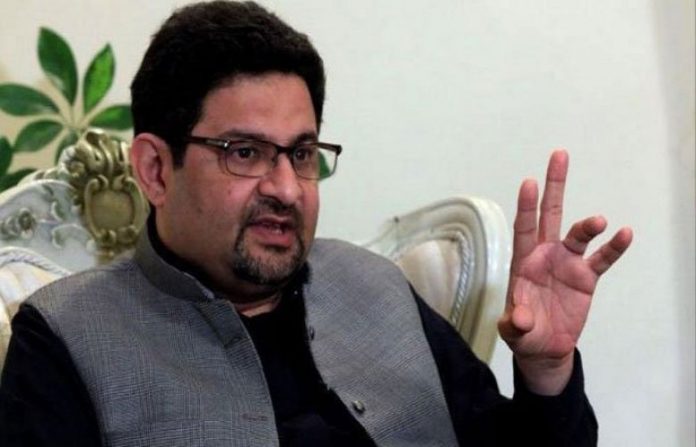 LAHORE: Former Finance Minister Dr Miftah Ismail on Friday in a series of tweets on Friday said the economic figures for the first six months of current FY19 were out and they aren’t “pretty”.

Further sharing the statistics, the ex-finance minister said, “Remember the PM said he’ll double revenues because he is trustworthy. Tax revenues went up by only 2.4%. With inflation at 7% & growth at 3%, revenues needed to increase 10% just to stay the same in real terms. Here they declined in real terms. What happened to trust?” 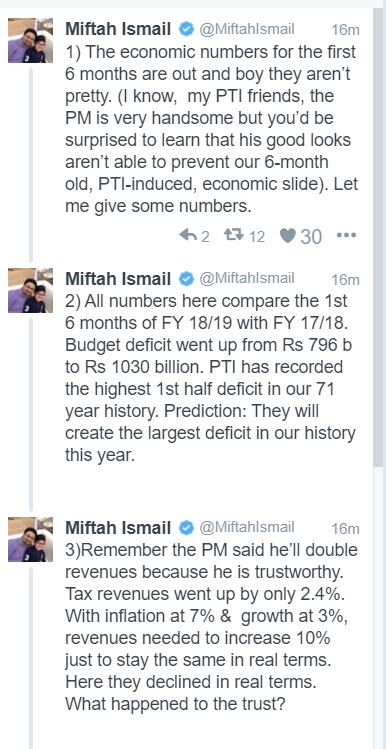 He wondered, “If revenues are flat & deficit has climbed by 30%, where is the money going? Pro-poor expenses like BISP? No. They are flat. Development expenditures like building dams, universities, hospitals? No. They are down by 36%. Why is deficit at a record? Hasn’t PTI brought austerity?

Furthermore, Mr Ismail stated that there was no austerity at all.

“Current expenses up by Rs439 billion or 17%. PTI trying to show that markup payments and defence are eating it up.

But the truth is that non-defence, non-interest expenses (including travelling expenses for ministers) is up by 16% or Rs 226 billion,” he concluded. 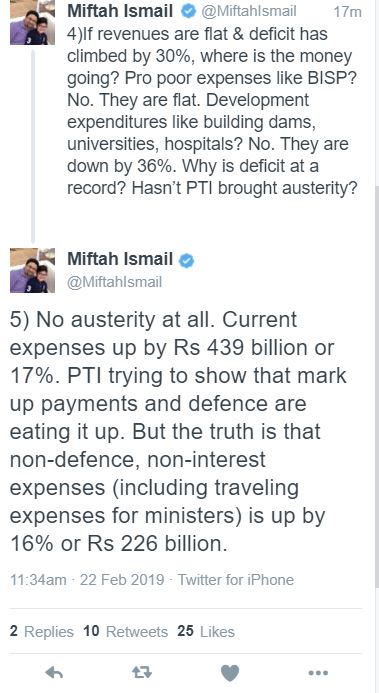