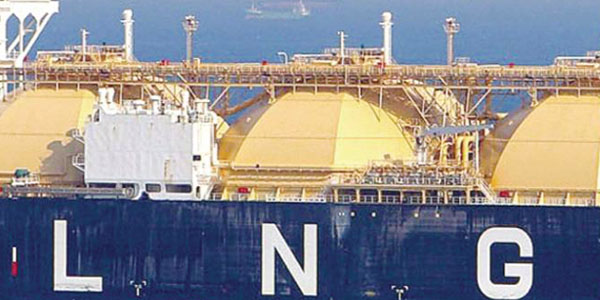 ISLAMABAD: The Economic Coordination Committee (ECC) of the Cabinet has directed the Ministry of Maritime Affairs to take all necessary steps for establishment and operationalisation of 3rd Liquefied Natural Gas (LNG) terminal by winter 2020.

According to sources, the committee directed the ministry to expedite the feasibility study for identification of a suitable LNG zone at the Karachi ports for the establishment of new LNG terminals.

The ECC further stated that the government would not provide any financial and off-take guarantee for future LNG terminals, they added.

Sources informed that the ECC, while considering a summary, dated 4th March 2019, submitted by Ministry of Maritime Affairs regarding setting up of an additional LNG terminal at Port Qasim, directed the ministry to explore possibility of establishment of additional LNG terminals at the main channel, i-e existing site of LNG terminals, along with identification of the cost required for dredging and widening of the main channel.

They said that the committee also directed the Petroleum Division to submit a summary on Re-gasified Liquefied Natural Gas (RLNG) pipeline project to the ECC in its next meeting.

Sources earlier told this scribe that despite concerns presented by the Ministry of Maritime Affairs and Port Qasim Authority regarding issues arising from the construction of LNG terminals at Port Qasim, the PTI government is all set to get construct new LNG terminal in the main channel at Port Qasim.

They said that the Ministry of Maritime Affairs had earlier declared the construction of the existing LNG terminals, Engro and Pakistan Gas Port Consortium (PGPC), as wrong, causing heavy losses to the national exchequer. The permission to construct these two LNG terminals was awarded allegedly to benefit the Engro and the PGPC, while shipping firms were receiving exorbitant demurrage charges, thus wasting the precious remittances, sources added.