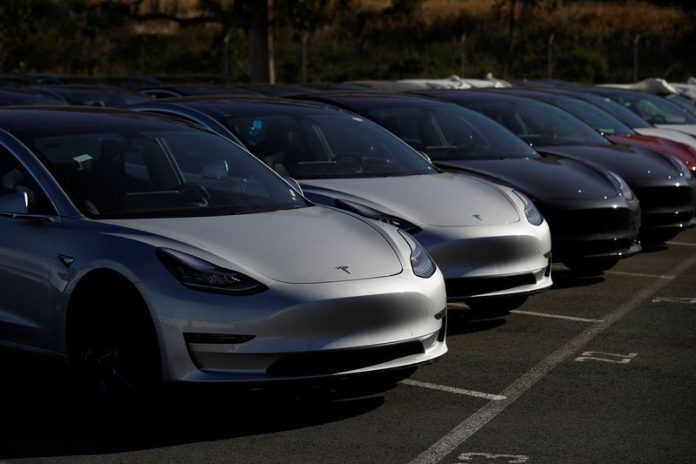 BEIJING: China’s customs authority has lifted its suspension on imports of Tesla’s Model 3, an official in the authority’s news department said on Thursday.

“We can confirm that the warning notice on Tesla has been canceled,” said the official, who only gave his surname as Tao.

Tesla declined to comment. Two sources familiar with the matter told Reuters earlier on Thursday that the suspension had been lifted after Tesla made the necessary rectifications.

China’s General Administration of Customs stopped clearing Tesla Model 3 imports last week, saying they did not have the required Chinese language warning signs and had missing or incorrect nameplate labels.

Tesla said at the time that the company had reached a solution with the authorities.

Its shares fell more than 5pc on the day news of its imports being suspended first broke and rose 3pc later after it said the issue had been resolved.

The California-based company only started delivering Model 3 cars to China at the end of February, a key market where it has been trying to revive its sales which have been hit hard by Sino-US trade tensions.

Tesla currently imports all the cars it sells in China, but it is in the process of building a factory in Shanghai that will manufacture Model 3 cars in the initial phase and help it minimize the impact of the trade war and tariffs.

The company broke ground on the Shanghai factory in January and its CEO Elon Musk has said the firm aims to finish initial construction this summer and start production of the Model 3 toward the end of the year.