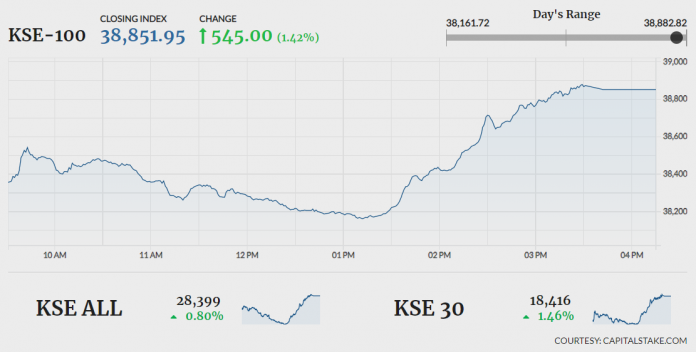 KARACHI: Bulls emerged as winners at the Pakistan Stock Exchange on Monday. The indices swung in both directions until they finally picked the upper path. Foreign investors continued to be the net sellers in the previous week with a net outflow of $15.60 million.