IHOP to open 19 restaurants in Pakistan 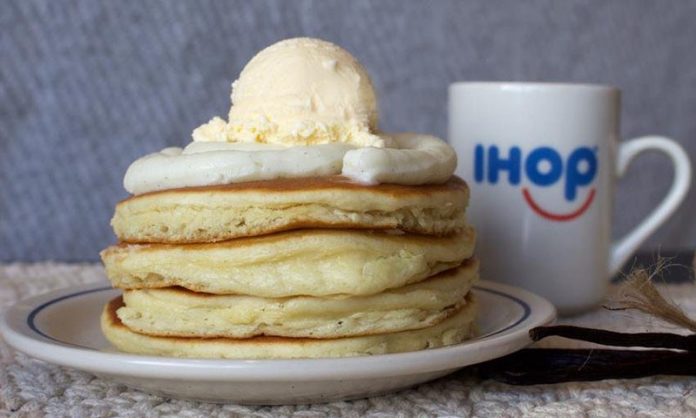 Popular American pancake house chain IHOP has announced plans to open as many as 19 outlets in Pakistan in the coming years, Bloomberg reported on Monday.

The first Pakistani location of the International House of Pancakes, better known by the acronym IHOP, will be opened in Karachi by the end of 2019, followed by 18 more branches across the country over the course of nine years.

As per Bloomberg, the decision to tap into the Pakistani market is a part of the American pancake restaurant’s “efforts to seek new revenue abroad”.

Dine Brands Global Inc, the parent company of IHOP, shared the news on Monday, revealing that nine of its franchises in Pakistan would be operated by the Gerry’s Group while the rest would be sub-franchised.

In a statement, Joyce said that international development was a “major component of the company’s return to growth”.

According to the report, the pancake chain has recently bounced back with Joyce as the CEO following a “couple of dismal years”.

“We are delighted to be bringing the world famous American IHOP experience to our country and to our portfolio of successful companies,” Akram Wali Muhammad, Managing Director for Gerry’s Group was quoted as saying in a press release by AP News.

“While IHOP will be a new brand in Pakistan, there is already significant awareness of and excitement about IHOP and we look forward to the opening of our first location later this year.”

Agreements have already been signed to expand IHOP into Peru and Equador this year, and to open more locations in Canada.

The chain is already present in 14 countries including India, Thailand and Guam and is exploring possibilities for business in the United Kingdom, Bloomberg reported.