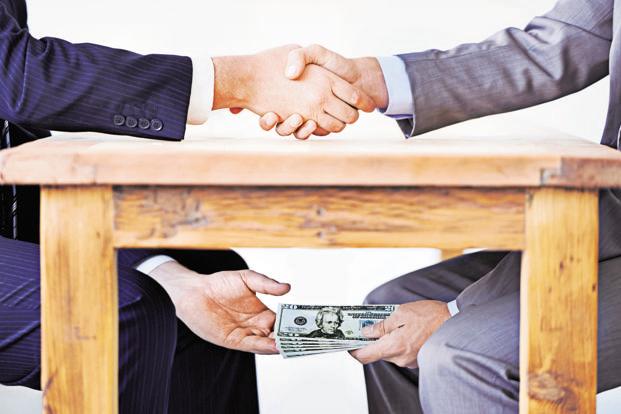 A number of companies, with the alleged connivance of Customs officials, cleared the goods worth millions of rupees on fake and incomplete import declaration at Faisalabad Dry Port, it has been learnt reliably.

Documents state that a team of customs officials had asked to conduct an inquiry in this saga. Subsequently officials forwarded the import documents of 1,000 goods declaration to 13 commercial counselors posted in 13 exporting countries. The Commercial Counselors of Embassy of Pakistan posted in Canada, France, Germany, Netherland, Italy, Sweden, United Kingdom, Japan, Korea, Malaysia, Singapore, Hong Kong and United Arab Emirates were requested to supply the certified export documents presented by the suppliers/exporters at the time of export in respect of consignments to Pakistan, the document revealed.

The purpose of this exercise was to ascertain correctness of import declarations made during filing of goods declarations at Dry Port Faisalabad. Documents show that customs officials received response from six commercial consulates based in Canada, France, Germany, Korea, Netherland, Singapore and UAE. However, three commercial consulates based in France, Germany and Netherland, shared that the company ‘Damstra INstallatietechneik’ had under-invoiced value by $6,500, although the exporter has verified the invoice, and that M/s Rai Enterprises has also under-invoiced value by $6,500.

Similarly, the company ‘All power solutions’ is also shown to have been involved in under-invoicing. Here it was observed that M/s Rai Enterprises has under-invoiced value by $14500. Moreover, for the company ‘Shahzad Enterprises’ documents showed that the record was not traceable.

Obtained documents also show that the record of the company named AVMO was also not traceable because two different addresses had been given in papers. One address is of a shopping center including retail chain stores and restaurants but the same office was not found in the shopping center. There is an administrative building adjacent to the shopping center with some commercial offices in the building; however, there is no company by the name AVMO in that building. The other address refers to a construction site on a high street, where the number form 2-12 refers to a construction site. However, office by the name of AVMO near that site was not traceable either.

There is another company by the name “M/s. Societe Metallurgiqu ET Hydrolique” which has also been approached by this office. The invoice/packing list has been sent to the company for verification. Initially they replied that the name of the company is not complete on the invoice, hence it could not have been issued by them. However, they have informed that they will look up the records and provide the exact information. The response is still awaited.

The reply received from trade officer Germany said, “This office will try to expedite the verification. However, it is informed that scan Nos. 018, 570, 904 and 267 fall in the jurisdiction of Commercial Counselor Berlin and the same are being forwarded to him for necessary action. Invoice in scan No. 632 is prima facie bogus. The address given is Helisinki, Germany whereas Helisinki is the city of Finland and the shipping bill has also been issued from Finland.”

Similarly, the reply of Trade Officer posted in Canada was received through Section Officer (Imp-II), Ministry of Commerce & Textile, Commerce Division, Islamabadm, which said “In their response, the CBSA vide their letter dated 14 January 2019 has informed that they cannot share customs information as Pakistan does not have a formal information sharing agreement with Canada.”

Documents state that Customs had also asked eight shipping lines to provide information. However Out of 8, only two Shipping Lines M/s Maersk Pakistan Pvt. Limited and M/s GreenPak Shipping Pvt. Limited replied that they are unable to verify the information being older than five years.  “It is informed that record/documents i.e. bill of landing is kept for five years under section 201 of the Customs Act, 1969. Since, all the shipments/bill of landing, are older than five years. As such we are unable to verify it”, the document indicated.

Sources told that the officials involved in this saga was not even asked by the high ups of fbr as total amount in this matter involve Rs 933 million. It is pertinent to mention here that one member of inquiry team requested member Customs in a letter to conduct inquiry as the team head did not consider the ample evidence.

The senior high ups of customs keep mum on this matter as this scribe tried to approached Policy Customs member Javed Ghani and operation Customs member Dr. Jawad, but no reply was received till filing of this story.