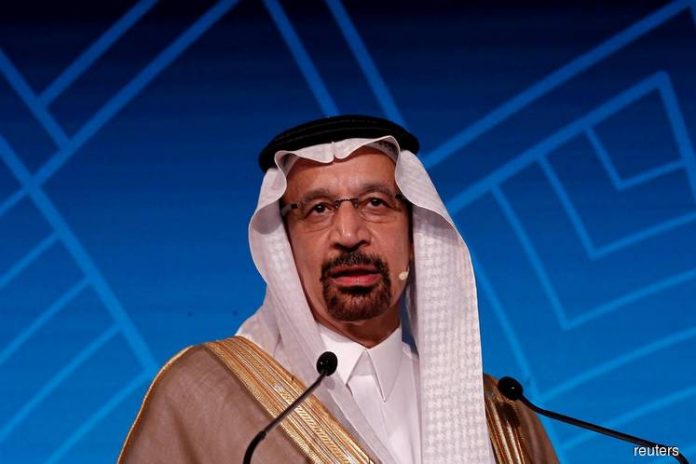 “(Global) inventories are continuing to rise despite what’s happening in Venezuela and tightening sanctions on Iran,” Falih told a finance conference in Riyadh. “So I don’t see the need to do anything immediately.”

His comment came amid speculation that the kingdom, the world’s top crude exporter, could boost output to plug the gap left by the removal of Iranian crude.

The White House said on Monday it would end the practice of granting exemptions from unilateral US sanctions on Tehran, as it seeks to “bring Iran’s oil exports to zero”.

Eight countries including China, India and Turkey had been given temporary waivers by the US when it reimposed sanctions on Iran last year.

The end of the exemptions sparked fears of supply shortages, pushing prices to near six-month highs.

President Donald Trump tweeted however that his close ally Saudi Arabia would “more than makeup” for any resulting supply shortage.

Falih said that while the kingdom had no immediate plans to boost output, Riyadh was committed to balancing the oil market. “We will not leave our customers scrambling for oil,” he said.

Countries looking to replace Iranian crude “know which number to dial,” he added.

In March, the OPEC kingpin cut its oil production to its lowest level in two years, according to the Paris-based International Energy Agency.

Brent crude prices rose from $50 a barrel in December to above $71 this month.