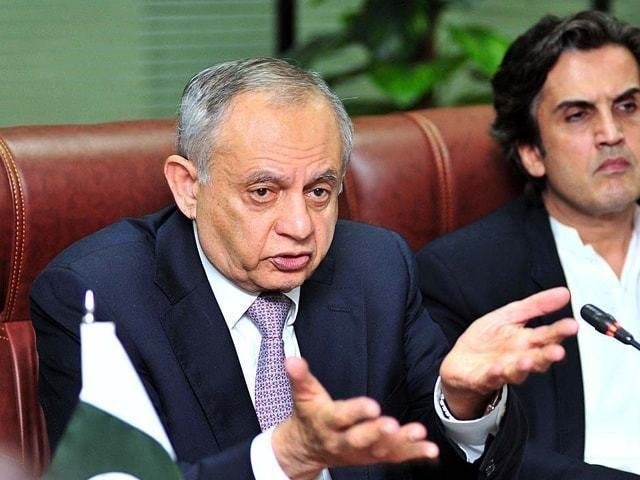 ISLAMABAD: Adviser to Prime Minister on Commerce Abdul Razak Dawood said on Wednesday that imports into the country reduced by up to $3.5 billion during the current fiscal year (FY19).

Responding to a question in the National Assembly, the PM’s adviser said that import duty was increased on finished goods, resulting in an overall decrease in imports.

He claimed that the trade gap has been reduced due to the prudent policies of the government, hoping that the reduction in imports would reach $6 billion by the end of this fiscal.

The adviser said the government formulated import and export policies specifically to address the issues pertaining to current account deficit. He admitted that the country’s exports neither increased nor decreased during the previous months, but hoped that they would rise in the coming months.

In order to curtail the imports of luxury items and non-essential goods, he said that the government imposed regulatory duties on the import of 570 items.

“Steps like the imposition of regulatory duties and control of low-quality products will further reduce the volume of imports in the coming months,” he maintained.

Dawood said the second phase of China Pakistan Free Trade Agreement would be signed during the upcoming visit of Prime Minister Imran Khan to China, adding that the neighbouring country was eager to give incentives to Pakistan similar to those it has given to ASEAN countries.

Regarding the steps taken by the government to boost Pakistan’s exports to Thailand, Dawood informed the National Assembly that Pakistan and Thailand have initiated negotiations on FTA in order to get better market access. So far, nine rounds of negotiations have been held between the two countries, he added.

“A study was conducted to identify products that have the potential to successfully penetrate the Thai market. The export of seafood to Thailand increased from $81 million in 2016-17 to $107 million in 2017-18, recording a growth of 32pc,” the adviser concluded.