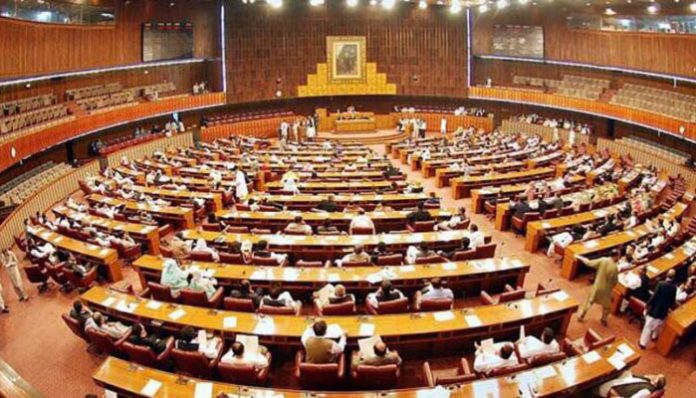 ISLAMABAD: Senate’s Standing Committee on Commerce and Textiles was informed on Monday that Pakistan has a comparative advantage in the recently signed China-Pakistan Free Trade Agreement (CPFTA)–II, as opposed to the agreement signed in 2006.

“The CPFTA was concluded after the 11th round of negotiations last month and was signed during the prime minister’s recent visit to China. Pakistan has managed to get tariff relaxation and free market excess on 313 tariff lines from the Chinese side,” said Shafiq Shahzad, Joint Secretary of the Ministry of Commerce, while briefing the gathering.

The committee, chaired by Senator Mirza Muhammad Afridi, initiated the discussion on a five-point agenda, including the briefing on the CPFTA–II, at the Parliament House.

Shafiq Shahzad stated that Pakistan entered into an FTA with China on November 24, 2006, which became operational in July 2007.

The joint secretary further informed the committee that under the Phase–I of CPFTA, which completed in 2012, Pakistan liberalized 35.6pc of tariff lines, while 19.9pc of the tariff lines were placed in category-II with tariff rates at 5pc or less.

He stated that after the impact assessment and public and private stakeholders’ consultation (2016-19), it emerged that achieving the agreed phase–II Tariff Reduction Modalities (TRM) would be a great challenge.

“During the course of negotiations, Pakistan conveyed its dissatisfaction over the lopsided outcome of the FTA, highlighting unequal gains due to eroded margin of preference and maintained that the phase–II negotiation should be independent of phase–I and should be based on the principle of ‘less than reciprocity’ in the favour of Pakistan,” he maintained.

The joint secretary said Pakistan had also sought from the Chinese side unilateral concession on its priority items as a sign of goodwill to address Pakistan’s concerns.

He said Pakistan has successfully brokered the revision of Safeguard Measures (SGM), which were invoked to temporally restrict the import of a product.

The senior official informed that the transition period in phase–II has been increased to 10 years for category-I and 8 years for the remaining track, which in relation to TRM will be 15 years for CAT-II and 23 years for CAT–III.

During the meeting, the committee asked the Ministry of Commerce to review the tenure period of the Federation of Pakistan Chamber of Commerce and Industry (FPCCI) president, as it could be extended to three years.