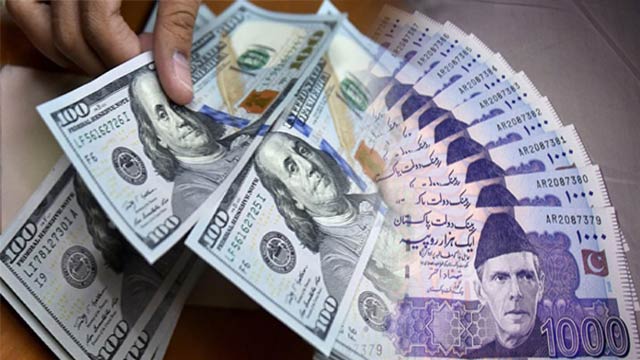 Amidst criticism on the devaluation of Pakistani rupee against US dollar, Special Assistant to Prime Minister Iftikhar Durrani on Friday released a list of interbank dollar rates during the previous governments, a private media outlet reported.

Iftikhar Durrani said the interbank dollar rate rose by Rs32, from Rs64 to Rs96 during the government of the Pakistan People’s Party (PPP).

He said the interbank dollar rate witnessed an increase of Rs18.5 during the Pakistan Tehreek-e-Insaf (PTI) government.

It is pertinent to mention that the US dollar reached a new record high of Rs150 in the interbank market on Friday.