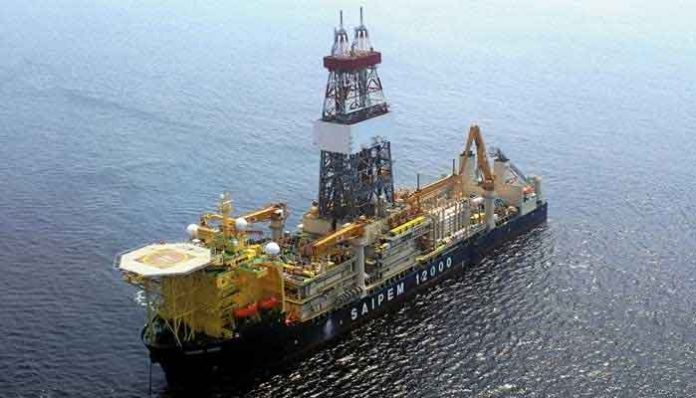 Hours after Prime Minister Imran Khan told the nation to expect good news regarding the discovery of oil and gas reserves off Karachi coast, his special assistant on petroleum Nadeem Babar announced that offshore drilling in Kekra-1 well has been stopped owing to no oil reserves.

Amid much hype, Pakistan was hopeful of finding large oil and gas reserves in its territorial waters in the Arabian Sea.

The prime minister, on numerous occasions, said he was still hopeful that Pakistan would discover major gas reserves in offshore drilling being carried out in the Arabian Sea.

He said the nation could receive good news within two weeks. The prime minister asked the nation to offer special prayers so that the expectations attached to the drilling project come true. Imran Khan said, if found, the gas reserves would be enough to meet Pakistan’s needs for the next 50 years.

According to a report on May 15, a joint venture of four oil exploration companies completed the offshore drilling process after four months.

A consortium comprises of, Exxon Mobil, ENI, Oil and Gas Development Company, and Pakistan Petroleum Limited conducting the drill stem test to determine the real size of the oil and gas reserves in the Kekra-1 well, located around 280 kilometres away from Karachi, sources said.

The planned drilling of 5,470 meters was achieved at a cost of Rs14 billion.

The Drill Stem Test (DST) would be completed in the next three days. After the completion of the DST, a report will be prepared about the total quantity of the oil and gas reserves within a week, sources further said.

In initial estimates, the availability of around nine trillion cubic feet of gas with a large quantity of oil was assessed in the Kekra-1 well.

Due to the critical situations faced in the Kekra-1 well drilling, the exploration venture had to spend an additional $100 million in order to procure surplus steel and cement etc to drill the Kekra-1 well in another direction.