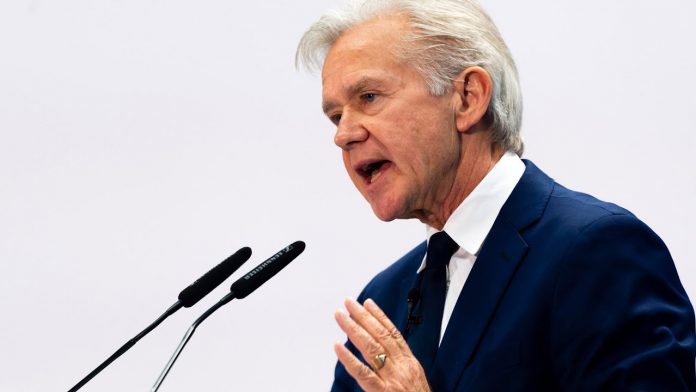 A senior official of the International Monetary Fund (IMF) has said that the bailout package given to Islamabad is aimed at improving Pakistan’s public financing and reducing public debt, a private media outlet reported on Friday.

“There have been major developments recently, in fact since I was last standing here we have had an agreement at staff level,” said IMF’s Director Communications Gerry Rice while addressing a press briefing.

The IMF official briefed the journalists on the May 12 programme that includes a $6 billion package with a three-year extended fund facility by the IMF to support Pakistan’s economic reforms efforts.

“Just prior to the bailout package, Managing Director Christine Lagarde met with PM Imran Khan,” he said. “Ernesto Ramirez-Rigo is the mission chief and he issued a comprehensive statement I would refer you to that and I won’t get into the details.”

The communication director, however, went on to elaborate on the deal, saying that it was aimed at helping Pakistan get back on the path to sustainable and more inclusive growth and so on.

“We hope that the programme can also create fiscal space for a substantial increase in social spending to strengthen social protection as well as infrastructure and other human capital development.”

An IMF mission, led by Ramirez-Rigo, visited Islamabad from April 29 to May 11 to discuss IMF support for the government’s economic reform programme. The visit was originally scheduled to end on May 10, however, Rigo stayed in Pakistan for one more day to conclude the deal.

According to an IMF press release, the Pakistani authorities and IMF team reached a “staff level agreement on economic policies that could be supported by a 39-month Extended Fund Arrangement (EFF) for about $6 billion.”

“Pakistan is facing a challenging economic environment, with lacklustre growth, elevated inflation, high indebtedness, and a weak external position,” the IMF noted in its statement. “This reflects the legacy of uneven and procyclical economic policies in recent years aiming to boost growth, but at the expense of rising vulnerabilities and lingering structural and institutional weaknesses.”

“Decisive policies and reforms, together with significant external financing are necessary to reduce vulnerabilities faster, increase confidence, and put the economy back on a sustainable growth path, with stronger private sector activity and job creation,” the IMF asserted.