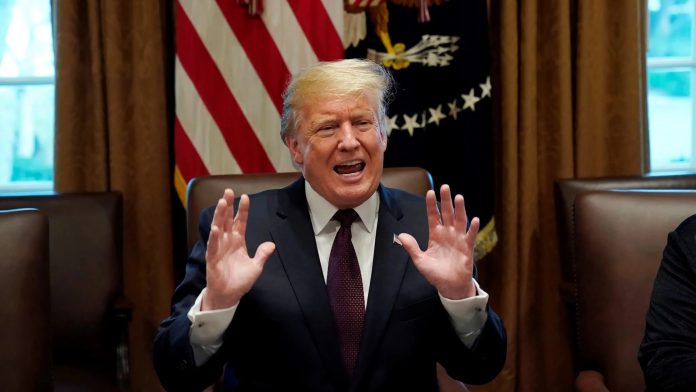 WASHINGTON: President Donald Trump said on Thursday the United States was doing well in trade talks with China and that Beijing wanted to make a deal with Washington.

“China would love to make a deal with us. We had a deal and they broke the deal. I think if they had it to do again they wouldn’t have done what they did,” Trump told reporters as he left the White House to deliver a commencement speech at the US Air Force Academy in Colorado.

Trump said US tariffs on Chinese goods were prompting manufacturers in China to leave the country and locate in other nations.

“China is subsidizing products, so the United States taxpayers are paying for very little of it,” Trump said, noting the tariffs had little impact on inflation.

Trade tensions between Washington and Beijing escalated sharply earlier this month after the Trump administration accused China of having “reneged” on its previous promises to make structural changes to its economic practices.

Washington later imposed additional tariffs of up to 25pc on $200 billion of Chinese goods, prompting Beijing to retaliate.

Treasury Secretary Steven Mnuchin has said he likely will travel to Beijing “in the near future” to continue negotiations.