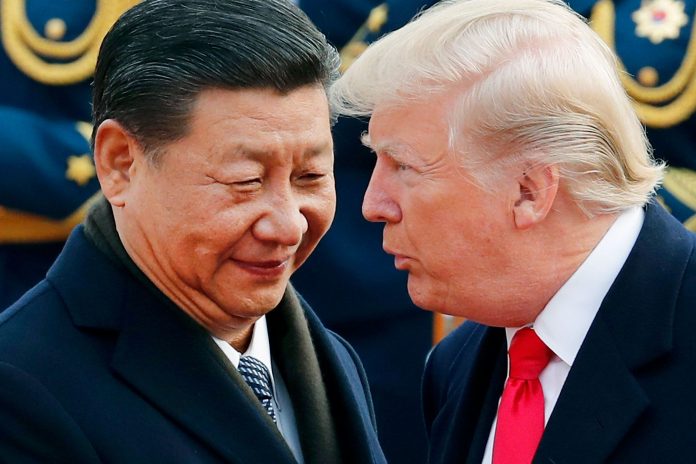 BEIJING: Former Chinese officials railed Friday against US “bullying” and “containment” policies at a forum on US-China economic relations, with a dire warning that the trade war could last decades.

Washington and Beijing resumed their tariffs battle earlier this month after trade talks ended without a deal, with the US side accusing Chinese negotiators of reneging on previous commitments.

This week China’s propaganda machine ramped up the anti-American commentaries and threatened to curb exports of rare earths, which are key to US tech industries, after President Donald Trump blacklisted telecom giant Huawei.

Former Chinese officials had more to say at the seminar on economic relations on Friday.

Noting that Chinese President Xi Jinping and Trump were expected to meet at the G20 summit in Japan next month, Dai Xianglong, a former head of China’s central bank, said “it could be very difficult” for them to resolve the trade issues.

Trump more than doubled punitive tariffs on $200 billion in Chinese goods to 25 percent earlier this month, and launched the process to hit nearly all remaining imports from the Asian country.

“Since raising tariffs, the US has beaten down Chinese tech companies, and even halted US-China technology contacts, stopped Chinese students from going to the US to study, and in the future will roll out new measures,” Dai told reporters.

China has been “calm and collected” and limited in its response, Dai said, “but I wouldn’t rule out bigger countermeasures to come”.

The scope of the trade war is getting bigger, he said, noting it could persist for a long time.

The former officials repeatedly returned to the economic hit the trade spat has had and will continue to have on the US, China and the rest of the world.

The trade war has slowed the flow of Chinese tourists to the US, said Ma Xiuhong, a former vice commerce minister, noting numbers dropped 5.7pc last year and would fall again this year.

“Adding high tariffs didn’t resolve the crisis of the Great Depression,” said Zhu Guangyao, a former vice finance minister, referring to the Smoot Hawley Tariff Act, “instead they worsened the state of the US and global economy”.

“This lesson I think we all remember it clearly,” he said.

Trump said Thursday the tariffs were having a “devastating effect” on China, which the Chinese foreign ministry dismissed as US “lies”.

The US and China have exchanged tariffs on $360 billion in two-way trade so far, with China preparing to raise tariffs on $60 billion of US imports from Saturday.

The US is now “comprehensively containing” and trying to “squash” China with its policies, said Wei Jianguo, a former vice-minister of commerce, adding Washington is not willing to accept China’s rise as a superpower.

“From slapping on tariffs, to the Vice President (Mike Pence)’s fierce words, to beating down Huawei, and other high-tech Chinese companies, (the US) has invariably pounded China’s bottom-line and core interests,” said Wei.

The US is going further and further down a mistaken path, he said.

We may fight this trade war “over 30 years, or maybe it’s 50 years,” he said, noting even if there was an agreement this time around, the US would provoke another trade war in the future.

WASHINGTON: Oil hit a six-month low on Wednesday after a brief rally as concerns about the prospect of a global recession that would weaken...
Read more
- Advertisement -