Govt to form working group for implementation of FATF conditions 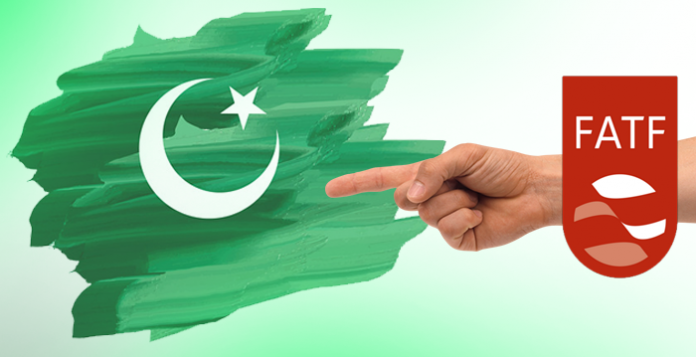 The government has decided to introduce a mechanism to monitor lawyers, chartered accountants, real estate and expensive stones’ dealers, and all designated non-financial businesses and professions in line with the Financial Action Task Force (FATF) action plan.

According to a private media outlet, the government for this purpose will form a working group, comprising representatives of the Ministry of Interior, Ministry of Law, the Securities and Exchange Commission of Pakistan, the Federal Board of Revenue, the Federal Investigation Agency and four provinces.

Sources said the working group will prepare a policy to implement the FATF recommendation number 22, 23 and 28 and to monitor and observe the above-mentioned groups in a bid to curb money laundering and terror financing.

According to documents, the anti-money laundering section of the finance ministry’s internal finance wing has sent letter to all the four provincial chief secretaries, law ministry, interior ministry, commerce ministry, the State Bank of Pakistan governor, the FBR, the Financial Monitoring Unit director general, the FIA director general and other concerned institutions.

The letter asks the institutions to nominate their representatives for the working group for devising a mechanism and policy for monitoring of the above groups. It asks the provinces and institutions each to nominate a grade-20 officer with excellent communication skills and knowledge of their department.

The letter asks the authorities to send their nominations for the working group directly to the SECP but also sent a copy of the nomination to the finance division. It says the SECP has been given the main responsibility as the lead institution to monitor the concerned parties and to prepare the draft policy.

The letter says it was a condition of the FATF to monitor of risk-based designated non-financial businesses and professions (DNFBPS) to curb money laundering and terrorism financing as this recommendation had not been complied with.

Now to ensure that this condition is complied with, the working group is being constituted. For this purpose, a regulatory framework needs to be formed for the monitoring of the concerned parties so that the implementation of the Anti-money Laundering Act 2010 can also be ensured.