No one will be allowed to escape tax net, vows PM’s adviser 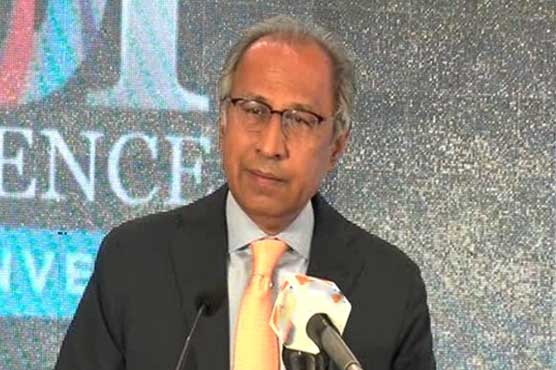 ISLAMABAD: Adviser to Prime Minister on Finance Abdul Hafeez Shaikh has said a system is being developed to ensure that no one remains a non-filer, adding that every person purchasing a car or property will have to become a filer.

Flanked by Planning Minister Makhdoom Khusro Bakhtiar and Minister of State for Revenue Hammad Azhar, he was addressing a post-budget news conference on Wednesday to explain the details of the Federal Budget 2019-20.

He said despite the difficult economic situation, the government has enhanced the allocations for the protection of the vulnerable segments of the society and to ensure the timely completion of development projects in the next year’s fiscal budget.

“We have doubled the allocations for the social safety net in the budget. As compared to Rs100 billion in the current fiscal year, we are allocating Rs191 billion so as to protect the weak segments of the society,” the adviser added.

He said Rs260 billion have been earmarked in the budget as a subsidy for those electricity consumers using less than 300 units per month, adding that this subsidy is aimed at protecting the poor consumers from the rise in power prices.

“This amount will be spent on the construction of infrastructure, including roads and dams, which will help create job opportunities for the youth,” he stated, adding that the government has also announced separate packages both for Karachi and Balochistan.

Shaikh said the new budget aims to reach out to the poor districts, including those in Balochistan as well as erstwhile FATA. He added that Rs152 billion have been earmarked for the development of tribal districts.

“We are also giving subsidies to the private sector on the gas and electricity tariff besides giving them loans as part of efforts to promote economic activity in the country.”

The adviser maintained that the focus of the new budget is to check fiscal and external deficits, adopt austerity measures and cut the expenditures of the government.

He pointed out that the expenditures of civilian government for the next fiscal year have substantially been reduced whilst the armed forces have also voluntarily accepted a freeze on their expenditures.

“This sends a positive message both to the world and the masses that we are united for the country’s prosperity,” he remarked.

Referring to the country’s debt, Shaikh said the government has earmarked Rs2,900 billion for the payment of interest on loans taken by the previous governments, adding that the present government inherited a debt burden of Rs31,000 billion.

The adviser said all-out efforts would be made to achieve the big target of collecting Rs5,550 billion in revenues. He said different measures, including automation of tax payment system, have been introduced to improve the efficiency of the tax collection system.

He explained that no change has been made in taxation for the export industry, adding that the industry selling its products within the country as well as exporting them to other countries will have to pay taxes.

He said sales tax would be received at the manufacturing level. As many as 1,655 tariff lines of imported raw material unavailable in the country will be exempted from customs duty, he added.