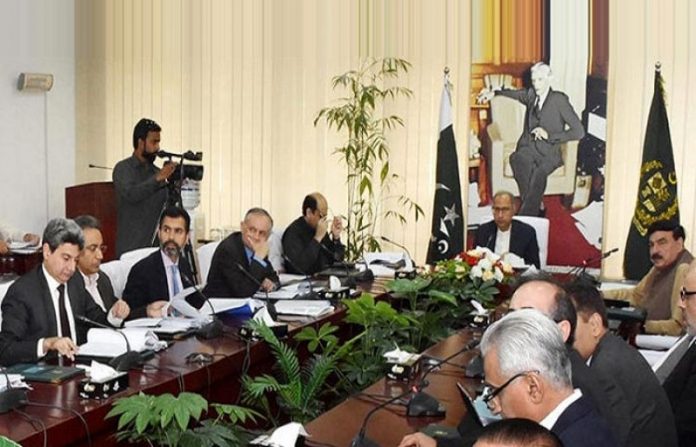 ISLAMABAD: In order to revive and strengthen the shipping sector of Pakistan, the Economic Coordination Committee (ECC) of the Cabinet on Wednesday approved, in principle, the proposal of the Ministry of Maritime Affairs to provide tax relief on import of ships.

The ECC, which met with Adviser to Prime Minister on Finance, Revenue and Economic Affairs Dr Abdul Hafeez Shaikh in the chair, resolved the issue of Industrial Support Package (ISP) by adjusting it against the loans receivable from power sector entities.

The committee also considered various proposals of ministries and divisions, according to a statement issued by the Ministry of Finance.

The officials of the Power Division briefed the committee about cash and non-cash settlement for the power sector.

The ECC formed a committee, comprising senior representatives from power, finance and economic affairs divisions, to address the issue of the industrial support package.

Regarding K-electric, the committee directed that the ISP claim of K-electric, amounting to approximately Rs30 billion, should be looked into and solid recommendations should be made.

Meanwhile, the Ministry of National Food Security and Research secretary briefed the meeting about the availability of wheat stock in the country. He informed that 28 million tonnes of wheat stock was available against the total domestic requirements of 25.84 million tonnes.

The committee deliberated upon the proposal of the ministry to impose a ban on the export of wheat and referred the matter to the committee constituted by ECC to make further recommendations in this regard.

The ECC also resolved the longstanding issue with regard to payment of subsidised power supply to Azad Jammu and Kashmir by way of cash and non-cash settlement with no financial impact on AJK.

The committee directed the ministry to make substantial changes to the proposals before submitting them to the cabinet for final approval.