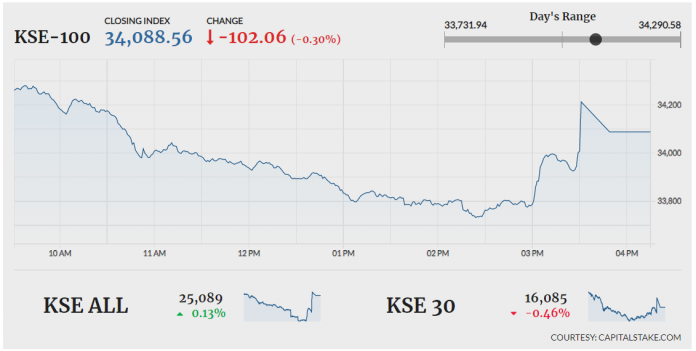 KARACHI: Bearish spell extended at the Pakistan Stock Exchange (PSX) for one more session on Wednesday, as the indices dripped all day long amid increased market participation.

On the economic front, the Pakistani Rupee deteriorated to an all-time low of Rs161.94 against the US Dollar in the interbank market. According to market analysts, the rupee came under pressure due to (large) foreign debt repayment before the closure of the outgoing fiscal year on June 30, 2019.

Furthermore, the government would borrow a record Rs43.5 trillion in the next fiscal year mainly for the repayment of interest cost of the maturing public debt, which is more than 84pc or Rs20 trillion compared with the outgoing fiscal year.

In a notification sent to the exchange by the Board of Directors of Aisha Steel Mills Limited (ASL -0.79pc), the company has started commercial operations of its Chinese Push Pull Pickling Line, German Rolling Mill and Austrian Batch Annealing Furnace on Wednesday (June 26).