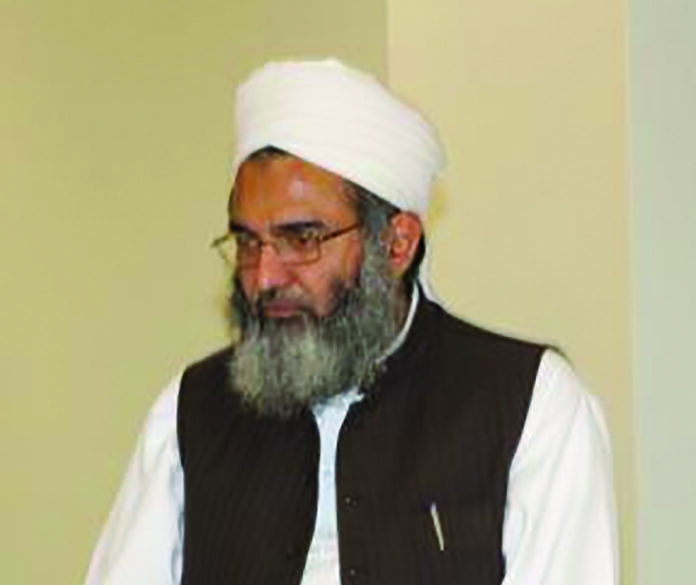 “Ho Jamalo, Wa Wah Jamalo” are words that have been ringing in my ears for over three decades.  But it was only last week that I discovered what the song actually says, its context, and most surprisingly, its peculiar relationship with the China Pakistan Economic Corridor (CPEC).

Last week I was invited as a plenary speaker at a conference at IBA Sukkur.  I was told by a colleague from LUMS (an ex-Dean) that the event’s gala night featured a rendition of ‘Ho Jamalo’ and was a must attend.  It was during this exchange that he told me the story of the song and its accompanying dance, which are an excellent illustration of Sindhi culture, folklore and the province’s rich history of indigenous resistance.

Jamalo Khoso Baloch, also known as Jamalo Sheedi, was born in Sukkur during the colonial rule of the British East India Company.  At some point, he was sentenced to hanging by a company officer, and was held in a jail near what was then the newly constructed Sukkur Bridge. When the East India Company announced a prize for anyone willing to test drive a train across the bridge, Jamalo was the only one to volunteer. His only condition was that he be completely pardoned when the job was done.  As Jamalo took the train across the bridge, there is rumoured to have been some nervy scenes, with the bridge sinking by nearly 4.5 inches when the train was near the midpoint of its course. Despite what must at the time have seemed like certain disaster, the bridge somehow managed to settle at the 4.5 inch dip and Jamalo made his way across. It is said that Jamalo’s wife was so relieved at his safe return, it is said that Jamalo’s wife composed the ‘Ho Jamalo’ song in jubilation of his safe return.

The bridge in Sukkur has an interesting history, one filled with lessons. The Lansdowne Bridge spans the Indus river at Sukkur. The mighty river was first bridged at Attock in 1887, allowing the railways in India to run from the western most post of the Khyber Pass to the eastern city of Calcutta. It would not be until 1979 that the Indus Valley State Railway would reach Sukkur. Despite  this, since the Indus was not bridged in Sindh, there was no way to connect the breadbasket of Punjab to Europe through the shorter Karachi route. Instead, at Sukkur, eight rail wagons had to be transported across the mighty Indus on a steam ferry which was both expensive and time consuming.

When paid close enough attention, this entire colonial situation is eerily similar to current CPEC realities. As the British once sought to bridge the Indus, the Chinese now build the rail and road infrastructure between Xinxiang and Shanghai. And much like the Sukker ferries, the Karakoram highway between Pakistan and China is expensive and time consuming. Similarly, just as Karachi was supposed to be a shorter route for the Punjab to Europe, CPEC is trying to connect Western China with the rest of the world through the Gwadar port.

But the comparisons and lessons don’t end to similar geographical themes. Although Sukkur provided a good spot for building a bridge, since the river flowed through a gap in a range of limestone rocks and got divided into two channels, the job was still not easy because the river bed was heavily silted. A bride had to be built with no pillar, something that one can’t help but compare to the building of a highway and railroad across the wilderness of the Himalayas.

When completed in 1889, the bridge was the largest cantilever bridge in the world. It had two 310 feet each cantilevers, with a suspended span of 200 ft in the middle.  The girder work, weighing a massive 3,300 tons, was manufactured in London by the firm of Westwood, Baillie & Co, and erected by F.E. Robertson and Hecquet. By 1887, the steel work started to arrive at Sukkur and Rohri. The bridge construction was then started under the supervision of F.E. Robertson and Hecquet. Their names are written to date on a plaque on each cantilever of the bridge.When both cantilevers were completed, work started on the center span. The bridge designer had intended that the 200 ft long span would be assembled on boats and then hoisted up.This plan proved impractical, however, as the Indus remains quite violent for around six months of the year. In the end, Robertson built another temporary bridge to provide a platform on which the suspended span could be put together. Back in the 1880s, Robertson’s men did not have pneumatic tools or electric drills.The construction of Lansdowne bridge, so named after the viceroy, cost six lives and Rs 2,696,000.  After all the similarities, one wonders at the cost of CPEC today.

Lansdowne Bride’s impact on Sindh over the next century was massive. Trillions of tons of grains, cotton and other goods were moved over the bridge on route to Britain and the rest of the world.  While this definitely resulted in immense financial benefits for the British Empire, as CPEC undoubtedly does for China, it seems to have made little difference to Sindh and the lives of ordinary Sindhis other than Jamalo.

Dr. Arif Rana is an academic.