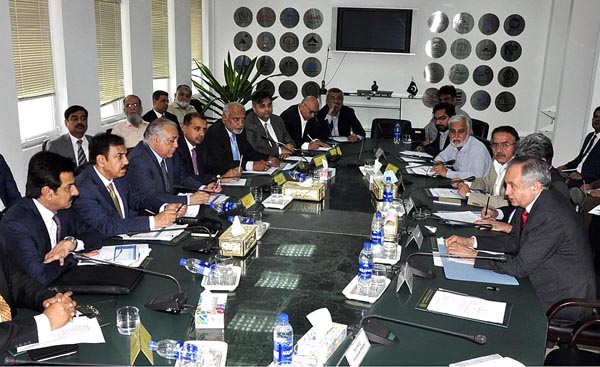 ISLAMABAD: Adviser to Prime Minister on Commerce Abdul Razak Dawood said on Wednesday that the prices of fertiliser would not be increased until the budget’s impact on the fertiliser industry was worked out in a comprehensive manner.

In a meeting with the Fertiliser Review Committee, the adviser stated that the industry shall not increase the prices of fertiliser until further discussions, a statement issued by the Ministry of Commerce reads.

The adviser stated that relief to farmers and a working relationship with the industry was among the government’s top priorities.

He inquired about the recent reports that fertiliser prices had been increased prior to the meeting. The participants responded that the decision had been held off due to the commitment to the adviser and the price increase had been halted.

The adviser appreciated this step by the industry and encouraged the prospect of a working relationship between the ministry and the industry, “as only this can guarantee a stable business environment and relief for the general public, especially the farmers”.

Dawood said that efforts would be made to ensure gas supply to Fatima Fertilisers Limited and Agritech Limited in order to keep them operational and to avoid any possible shortages in the upcoming season.

It was brought to the adviser’s notice that a revised Gas Infrastructure Development Cess Act had been ratified by the federal cabinet and it may soon be passed by the parliament.

“This will help in working out the differences with the fertiliser industry and will also prove fruitful towards revenue generation in the country,” the meeting was informed.

As the said matters fell under the purview of the petroleum and natural resources divisions, the concerned representatives were requested to ensure that all stakeholders were on the same page regarding the matter.