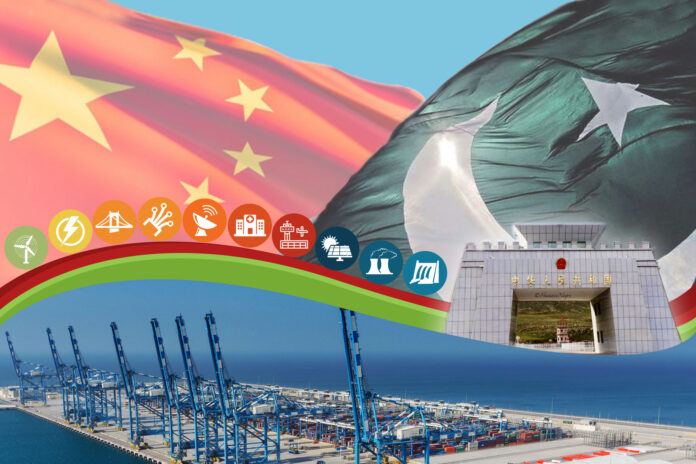 Ministry of Planning, Development and Reform has clarified a news article carried by some sections of international media titled ‘IMF won’t stop China from turning Pakistan into next Sri Lanka’.

“The article is based on incorrect data and distorted facts,” the ministry said in a statement issued on Friday.

“The writer needs to know that China Pakistan Economic Corridor (CPEC) is a flagship project of the Belt and Road Initiative. CPEC financing comprises of government-to-government loans, private investment and grants. To date, 22 projects worth $28 billion are in various stages of implementation, of which $22 billion worth are private sector energy projects.

“The Pakistani government’s financial liability is only to the tune of $5.8 billion comprising of low interest loans and grants in infrastructure projects spread over 20 to 25 years payback period. The energy projects are being executed purely in the independent power producers (IPPs) mode and finances are mainly taken by the private companies against their own balance sheets.

“Therefore, debt would be borne by the investors instead of any obligation on part of the Pakistani government. The impression of debt burden falling on the Government of Pakistan is based on incorrect analysis.”

As per the ministry, the article’s claim that “CPEC will add to corruption” clearly depicts the writer is not aware that the second phase of CPEC is focused on industrial cooperation (B2B JVs), socio-economic development and agriculture cooperation, directed towards poverty alleviation of less developed areas of Pakistan based on pragmatic planning and due diligence on both sides.

“Comparing cooperation with China through CPEC, with any other country, is unrealistic as it has facilitated in overcoming crucial energy, transport infrastructure and supply chain bottlenecks. Under CPEC, development of Gwadar (mostly through grant/interest free loans) projects would ensure strengthening of maritime sector. The development of Gwadar port project is on BOT mode and cannot be compared with any port project being developed on foreign funding/loans.

“Gwadar continues as high priority and is being developed as a standalone project as well as a transshipment hub based on blue economy principles.

All in all, CPEC is acting as a stimulus to the economic growth of Pakistan. The false narrative of a “debt trap” is not based on the ground realities.”