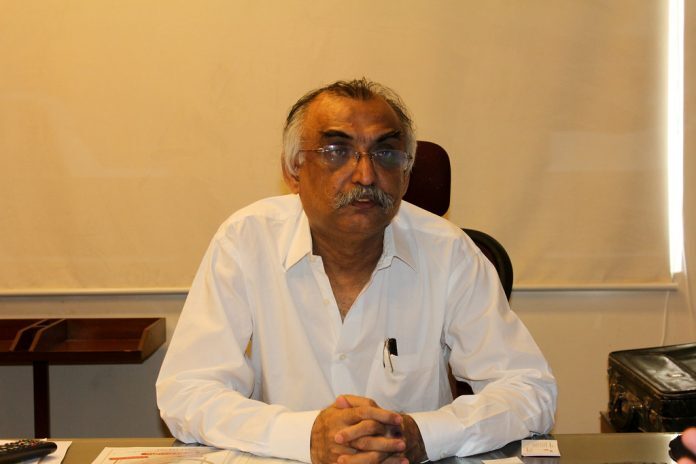 —Shabbar Zaidi says department is mulling to charge tax on the basis of electricity bill on shops with an area of 240 to 1,000sq.ft.

LAHORE: Federal Board of Revenue (FBR) Chairman Shabbar Zaidi, while addressing a meeting at the Lahore Chamber of Commerce and Industry (LCCI) on Saturday, said that the main theme of the Federal Budget 2019-20 is the development of industrial sector and creation of employment opportunities.

He said that the process of sales tax registration has been automated while certification for imports would also be automated soon.

“Automation in FBR is the need of the hour and the government wants less human inference in the taxation system and more utilization of modern technology, as that would strengthen the department’s transparency and accountability system,” Shabbar Zaidi said. “People who deal with income taxes face difficulties in getting the section 148 certificate. We are moving towards automating that within the next month or so.”

He said the system of taxation for retailers has not been corrected as yet, while work is underway and suggestions of charging a fixed tax on shops smaller than 240sq.ft. are under consideration. “In addition, the department is mulling to charge tax on the basis of electricity bill on shops with an area of 240 to 1000 sq. ft.”

The FBR chief said that bonds have already been released to resolve the issue of refunds, adding that the business community would be consulted on the zero-rating regime if the new system of refunds doesn’t work.

Zaidi further informed that the trade tax on sugar dealers has been decreased to 0.25 per cent.

LCCI Acting President Faheemur Rehman Saigal said on the occasion that certain measures taken in the Federal Budget 2019-20 would prove to be counterproductive for the industrial sector, which contributes around 70 per cent to tax revenues and the economy as a whole.

“The overall increase in taxes, particularly the import duties, would enhance smuggling and also increase the share of black economy,” he maintained.

He said that the disallowance of input tax relating to supplies made to an unregistered person without disclosing his CNIC has its own complications.

“This can result in a potential misuse of CNICs which has resulted in fraudulent transactions of billions of rupees as reported in the media from time to time. LCCI demands that condition of disclosing CNIC for sale to unregistered person should be delayed for one year,” he added.

He said the decision of withdrawal of zero-rating facility should be put in abeyance till a proper system of refunds is made, tested and implemented.

One mechanism proposed by exporters is that 70 per cent of the refunds should be paid to regular exporters upon issuance of bill of lading and the remaining can be paid upon realisation of export proceeds.

“The government can then do a post-audit. The decision to pay refunds only on the basis of export proceeds is not viable as the remittances often come after a considerable lag,” said the LCCI acting president.