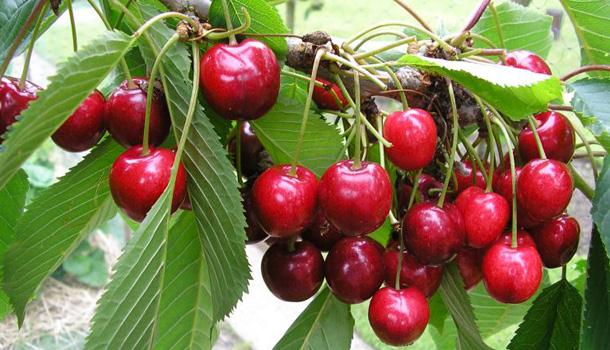 BEIJING: China has stepped up its efforts to explore Pakistan’s northern region, as it mulls importing the country’s popular fruits.

They checked the farm-to-market quality of Pakistani cherry and, according to Pakistani officials, the visitors returned home satisfied.

There is a possibility that China would soon start the import of cherries from Pakistan.

A group of journalists, including those from Economic Daily – China Economic Net (CEN), went to a cherry orchard in the Gilgit–Baltistan region and talked with officials, growers and exporters for the fruit’s export to China.

They held a meeting with Gilgit Baltistan Chief Minister Hafiz Hafeezur Rehman and inquired from him the potential and opportunity for promoting trade and economic ties between China and GB.

Currently, China imports a bulk of its cherry from South American countries to meet the growing demand of the exotic fruit.

“China wants to gain market access for cherry from Gilgit-Baltistan – something which it didn’t have access earlier,” said Shahid Abdullah, Deputy Director of the Directorate of Plant Protection Department, Ministry of National Food Security.

“Gilgit-Baltistan produces 4,000 metric tonnes of cherry per season. And since local consumption is limited, farmers export the fruit,” Abdullah said.

Cherry is an easily perishable fruit – with little shelf life – so Pakistan has been looking for nearby destinations to export the fruit, he said, adding that China, being a next-door neighbour with an ever-growing appetite for the fruit, is the most viable option in this regard.

“In the past, we would send samples, but they were never accepted. Now, China has finally agreed to take a step forward by sending its officials to Pakistan,” Abdullah said.

The Chinese quarantine experts’ delegation visited cherry orchards to see if there was any disease or pest in the fruit that could become a concern of quarantine.

“Their major concern was fruit fly, but they didn’t find any,” Abdullah informed.

He said the delegates collected samples of leaves and bark of cherry trees for pathologists back home to ensure the fruit is disease-free.

“The two countries are expected to complete pest risk analysis (PRA) – an international requirement – before the export formally starts.”

He said the Chinese side will also be preparing a post-visit report in which experts might mention mitigation measures and recommendations to rectify the issues, if any.

“The delegation also visited laboratories. We have integrated pest management (IPM) lab that has biological control agents. There are controls in the lab for things found in the plant, like preys in the orchards, refrigerator requirements, etc,” the ministry official said.

The delegates also visited the pack houses in GB, where cherries are processed to increase their shelf lives.

About transportation, the official said shipping containers carrying cherries would be sent by road via Sost dry port on the China-Pakistan border. “Getting access to the Chinese market for cherry export will be a major breakthrough, which can be followed by the export of apricot and potatoes.”

Meanwhile, GB Chamber of Commerce and Industry (GBCCI) President Imran Ali said the Chinese delegation has assured that they would remove hurdles to ensure the import of cherry from Pakistan.

“They [Chinese officials] said they will also recommend their government to import Pakistan’s cherry, which is purely organic.”

He said the Chinese delegation was satisfied with everything – from the quality of the fruit to processing and packaging.

“The embassy will continue to promote relevant work in the future, and will strive to enable Chinese consumers to taste the delicious Pakistani cherries as soon as possible,” he added.