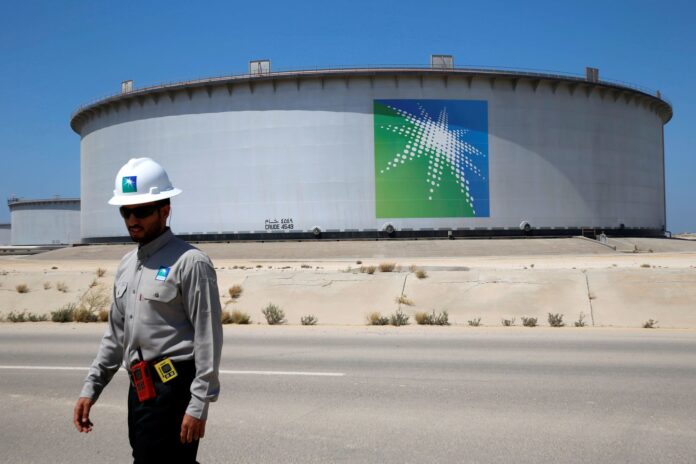 RIYADH: Saudi Arabia is restarting preparations for a potential initial public offering of oil giant Aramco, months after putting the planned listing on hold, people familiar with the matter said.

Aramco, the world’s most profitable company, recently held talks with a select group of investment banks to discuss potential roles on the offering, according to the people. Detailed work on the IPO may pick up speed later this year or early next year, the people said, asking not to be identified because the information is private.

The revived IPO plan will still face significant hurdles, including the ability of the kingdom to achieve the $2 trillion valuation it’s been seeking for the company. Demand for the share sale would also likely be affected by lower oil prices as well as growing concerns among top institutional investors about pouring money into fossil-fuel companies that contribute to climate change.

Saudi Crown Prince Mohammed bin Salman is also keen to list Aramco in New York, but advisers are wary of opening up the company to the risks of U.S. litigation. Prince Mohammed has insisted that the IPO will still take place in 2020 or 2021.

After working with banks for more than two years, Aramco formally put the IPO plans on hold last year and instead decided to buy a $69 billion stake in local chemical giant Saudi Basic Industries Corp. Aramco is planning to wait until the Sabic acquisition is completed before conducting the IPO, one of the people said.

Aramco, officially known as Saudi Arabian Oil Co., was originally working with Evercore Inc., Moelis & Co., HSBC Holdings Plc, JPMorgan Chase & Co. and Morgan Stanley on the planned share sale. It wasn’t immediately clear if all the banks had been approached again or if some new firms are also being considered.

No final decisions have been made, and the timeline for the share sale could still change, the people said.

The IPO project was first announced in 2016 as the cornerstone of the Vision 2030 plan to modernize the Saudi economy, with a target of listing in the second half of 2018. The kingdom wants to raise a record $100 billion from selling a 5% stake in Aramco, which would make it the biggest IPO in history and a windfall for any banks that win a role.

The IPO was “never fully suspended,” though Aramco had been working on the Sabic acquisition and on raising capital, oil minister Khalid Al-Falih said following a meeting of the Organization of Petroleum Exporting Countries and its allies in Vienna on Tuesday.

“Now that all these issues have been cleared — the Sabic transaction, the bond offering which was extremely successful — we believe we are ready to start planning for the IPO of Aramco,” Al-Falih said, declining to comment on the time frame beyond saying that the company is aiming for a listing in 2020 to 2021.

In April, Aramco sold $12 billion in bonds, which was one of the most oversubscribed debt offerings in history and the energy giant’s first major step onto the global financial stage. The strong demand for Aramco’s debut bond offering was so robust it allowed the energy giant to borrow at a lower yield than its sovereign parent.

The debut also forced Aramco to share financial data and operational secrets with investors — information that had been held closely since the company’s nationalization in the late 1970s.

The success of the deal was a contrast to the unease bankers showed toward the kingdom last year in the wake of the murder of journalist Jamal Khashoggi, a former Saudi insider-turned-critic who had moved to the U.S. In June, a United Nations expert assigned to investigate the killing recommended probing Prince Mohammed’s possible involvement.