Around 1,200mmcfd RLNG being added to distribution network: official 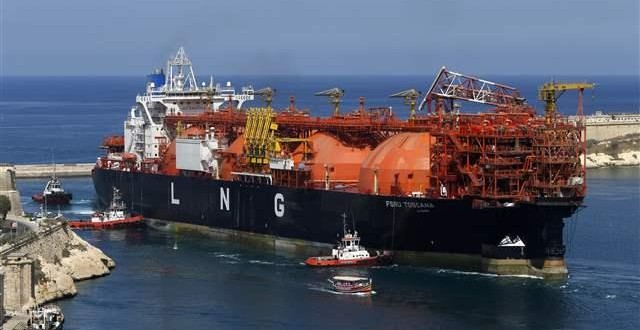 ISLAMABAD: Regasified Liquefied Natural Gas (RLNG) is playing a vital role in bridging the gap between demand and supply of natural gas, which is increasing gradually due to depletion of existing hydrocarbon reserves and non-discovery of any major gas deposit since long.

“Currently, around 12,00 million cubic feet per day (mmcfd) RLNG is being added in the distribution systems of both Sui Northern Gas Company Limited and Sui Southern Gas Company for onward supply to consumers,” a senior official privy to petroleum sector developments told APP on Tuesday. “The country at present has two LNG re-gasification terminals at Port Qasim in Karachi, having total capacity 1,440mmcfd, while the Economic Coordination Committee had recently approved a resolution of the board of Port Qasim Authority, allowing amendment in its master plan to accommodate the prospective 3rd LNG terminal.”

He said the government is striving to increase the import of the LNG so that the projected demand-surge in next winter can be met with an additional injection of LNG in the transmission network.

The official said that the government has also devised a prudent strategy to accelerate oil and gas exploration activities in potential areas of the country, under which new exploration blocks are being awarded through an open bidding process.

“The Petroleum Division recently held bidding for 10 exploration blocks, out of which eight had been awarded to qualified bidders. Bidding for 15 to 20 more blocks has been planned for the end of this year with an aim to step up oil and gas exploration activities and achieve self-sufficiency in the energy sector,” he stated.

Besides, he added, the government is preparing a summary for creation of new oil and gas exploration block in potential areas of erstwhile Federally Administered Tribal Areas (FATA) and Balochistan.

“Accordingly, a summary will be presented before the Council of Common Interests for approval,” he informed.

Currently, the country’s total sedimentary area is around 827,268 square kilometres, out of which 320,741sq.km. or 39pc of the area is under exploration.