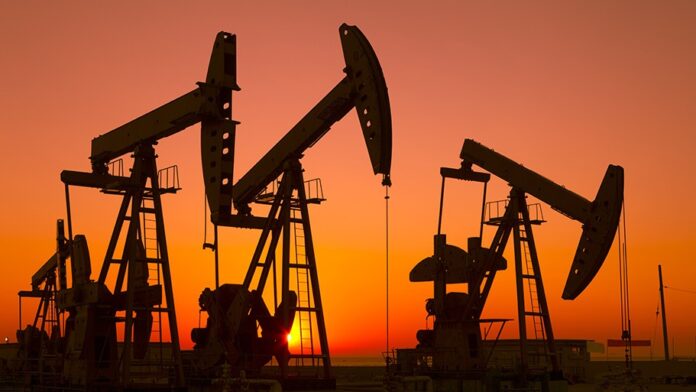 DUBAI/LONDON: The United Arab Emirates’ state-run ADNOC, long seen as one of the most conservative oil firms in the Middle East, plans an overhaul for its trading operations as it seeks to emulate the success of rival oil majors and bolster its regional influence.

The company has splurged on hiring former employees of private-sector peers and wants to launch a regional oil benchmark, possibly this year, similar to international markers Brent and WTI, four sources familiar with the plans said.

The plan is not yet finalised and still has to be approved by UAE authorities, such as the Abu Dhabi Supreme Petroleum Council, the sources said.

ADNOC did not respond to a request for comment.

“ADNOC hopes the benchmark will allow it to earn more money and gain bigger prestige in the region. This all fits into a drive by (Abu Dhabi Crown Prince) Sheikh Mohammed bin Zayed to turn the UAE into a regional leader,” one of the sources said.

The UAE, the third-largest oil producer in the Organization of the Petroleum Exporting Countries, behind Saudi Arabia and Iraq, pumps around 3 million barrels per day. It plans to boost output to 4 million bpd by 2020. Most of that oil is produced by ADNOC, based in the country’s capital, Abu Dhabi.

For many years it has traditionally sold oil directly to end-users, mainly in Asia, based on a retroactive pricing system rather than the forward pricing used by Saudi Arabia, Kuwait and Iraq.

The reforms will seek to go further than those at Saudi state oil giant Aramco, which is also seeking to expand its trading operations to capture added value, the sources said.

For now, Aramco trades only oil products and non-Saudi crude.

ADNOC is considering dropping destination restrictions on all of its oil and allowing it to trade freely on the open market, as part of a broader transformation to become more proactive and adaptive to market changes, the sources said.

“The idea behind trading is simple – the UAE sells its crude to someone like BP, which then takes it to the UK, where it is refined into jet fuel which then goes to refuel the UAE’s Etihad planes,” one source said, referring to the Abu Dhabi airline.

“So why can’t ADNOC capture some of the value of trading and the supply chain?”

ADNOC is venturing into oil trading as part of an international expansion aimed at securing new markets.

In January, it signed agreements worth $5.8 billion with Italy’s Eni and Austria’s OMV covering refining and a new trading venture to sell refined products jointly.

Over the past year, ADNOC has hired a raft of ex-Total traders, led by executive vice president Philip Khoury. The others include ADNOC’s head of crude, Emmanuel de Reynies, head of products Lionel Richardson, and Jean Marc Cordier, Francois Chupin and Aegidia Schnepp.

Traders from other oil majors and trading houses also joined, including Suzanne Mullen, previously of BP and Citi.

“These guys know how trading works, how benchmarking works,” one of the sources said.

ADNOC has held talks with French energy company Total and trading house Vitol as part of its new crude oil pricing and trading overhaul, the sources said, while beefing up its in-house trading team.

One of the options is for ADNOC to team up with a large player whose worldwide storage facilities it would use.

ADNOC is in talks for a stake in Vitol’s storage business VTTI, two of the four sources said.

VTTI owns storage in the Netherlands, the United States, Asia and Africa. In the UAE, VTTI holds storage in Fujairah, a bunkering hub where ADNOC sends most of its crude, bypassing the often-troublesome Strait of Hormuz, which is further north.

Around a fifth of global oil supply transits through the Strait of Hormuz. Tensions between Iran and the West have contributed to fears of disruption there, sparking price rallies.

Inside ADNOC, there are growing views that the company could turn its flagship crude Murban into a regional and possibly global benchmark more popular among foreign buyers by using its ability to export and store oil away from the strait.

Murban is exported from Fujairah and is relatively insulated from possible regional unrest, three of the sources noted.

The Abu Dhabi Crude Oil Pipeline, with a capacity of 1.5 million bpd, carries the bulk of the UAE’s crude production to ADNOC’s storage and loading facilities in Fujairah. ADNOC is also building oil storage under the mountains of Fujairah, with completion due next year.

So far, most Middle Eastern grades including those of Saudi Arabia are priced off the Dubai/Oman benchmark for Asian exports, off Brent-related indices for European exports and various US indices for US shipments.

ADNOC may announce plans to launch Murban as a benchmark as early as November and is talking to a number of exchanges including Intercontinental Exchange (ICE) and the Chicago Mercantile Exchange (CME), the three sources said.

One source said ADNOC had made it clear during discussions that it was prepared to remove all restrictions on oil resales, a key condition for a crude grade to become a benchmark.

Other key conditions for the success of a benchmark are stable and fairly large oil flows and a developed derivatives market, allowing hedging and forward trading.

“The fact that ADNOC wants to turn Murban into a destination-free grade shows they are serious about making it a benchmark,” a source said.

Soaring US production of predominantly light crude could help Murban, also a light grade, become a benchmark even though most regional grades are heavier.

“The global crude slate is getting lighter and hence Murban’s role will rise over time,” one of the sources said.