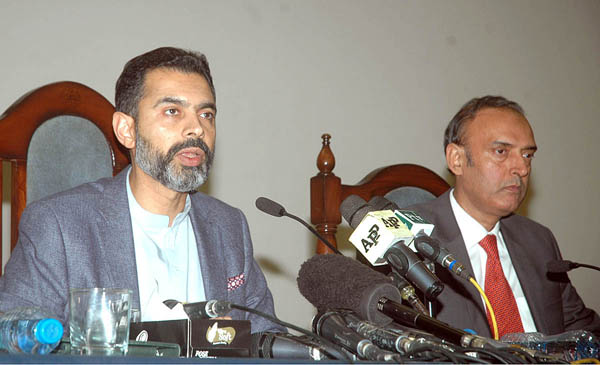 “The SBP’s Monetary Policy Committee took this decision taking into account the upside inflationary pressures from exchange rate depreciation since the last MPC meeting on May 20, 2019, and the likely increase in near term inflation from the one-off impact of recent adjustments in utility prices, besides other measures in the federal annual budget 2019-20,” said SBP Governor Dr Reza Baqir at a press conference on the bi-monthly monetary policy statement.

“Taking these factors into consideration, the MPC expects average inflation of 11 to 12pc in FY20, higher than previously projected. Nevertheless, inflation is expected to fall considerably in FY21 as the one-off effect of some of the causes of the recent rise in inflation would diminish,” he stated. “With this decision on interest rates, the MPC is of the view that the adjustment related to interest rates and the exchange rate from previously accumulated imbalances has taken place.”

Going forward, he said, the MPC would be ready to take action depending on economic developments and data outturns.

Unanticipated increases in inflation that adversely affect the inflation outlook might lead to further modest tightening, he maintained.

“On the other hand, a greater than expected softening in domestic demand and a downward revision in projected inflation would provide grounds for easing monetary conditions.”

In reaching this decision, Dr Baqir said, the MPC considered the key economic developments since the last MPC meeting on May 20, 2019– developments in the real, external and fiscal sectors, and the resulting outlook for monetary conditions and inflation.

“First, the government had passed the FY20 budget that sought to credibly improve fiscal sustainability by focusing on revenue measures to widen the tax base.

“Adjustments in utility prices and other measures in the budget are expected to lead to a one-time considerable increase in prices in the first half of FY20.”

In addition, he continued, the government has also committed to ceasing the process of borrowing from the central bank, which would qualitatively improve the inflation outlook.

“Secondly, the outlook for external financing has further strengthened with the disbursement of the first tranche associated with the International Monetary Fund’s Extended Fund Facility, activation of the Saudi oil facility, and other commitments of support from multilateral and bilateral partners. The current account deficit has also continued to fall suggesting that external pressures continue to decline.

“Finally, on the international front, the sentiment towards emerging markets has improved with greater expectations of a policy rate cut in the United States.”

On the real sector, the SBP chief said the domestic demand was estimated to grow to about three per cent in FY19 and GDP to 3.3pc.

“While current high-frequency indicators point to a slowing in economic activity, this is expected to turn around in the course of the year on the back of improved market sentiments in the context of IMF supported programme, a rebound in the agriculture sector and the gradual impact of government incentives for export-oriented industries. Conditional upon the latest available information, SBP expects the real GDP growth of around 3.5pc in FY20.”

Dr Reza Baqir, referring to the external sector, said the eternal conditions showed continuous improvement with a sizeable reduction in the current account deficit, which fell by 29.3pc to $12.7 billion in the period of July 2018 to May 2019 as compared to $17.9 billion during the same period last year.

“This improvement was primarily driven by import compression and healthy growth in workers’ remittances. Export volumes have been growing even though export values have remained subdued due to a fall in unit prices, as also experienced by competitor exporting countries.”

On the fiscal sector, the governor said that both the overall fiscal and primary deficits deteriorated in FY19 owing to a substantial shortfall in revenue collection, higher than budgeted interest payments and security-related expenditures.

“The FY20 budget seeks to credibly reverse the recent trend of fiscal deterioration by addressing long-standing weaknesses in the taxation system and to enhance documentation of economic activities.

“On the back of an ambitious target for tax collection and tight control over expenditures, the budget envisaged a sizable reduction in the primary deficit. This fiscal consolidation would support SBP’s stabilisation policies already in place.”