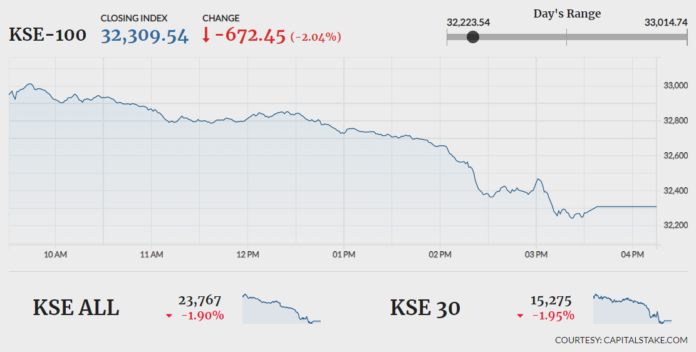 KARACHI: Investors of the Pakistan Stock Exchange (PSX) witnessed bloodshed on Thursday, as the indices kept trading in the red amid lack of triggers. Foreign investors closed the preceding session as net buyers with a net inflow of $0.462 million.

According to the recent data released by the State Bank of Pakistan, the country’s current account deficit declined by 32pc to $13.59 billion in Financial Year 2018-19 mainly due to a growth in the inflow of worker remittances and a reduction in the import of goods and services.

Meanwhile, as per media reports, the government might increase power tariff by another Rs3.5 per unit, in line with the International Monetary Fund (IMF) agreement.

Facebook
Twitter
Linkedin
WhatsApp
Email
Previous articleMinister urges ADB to scale up lending for Pakistan
Next articleTrump wants a weaker dollar. It could be a hard sell