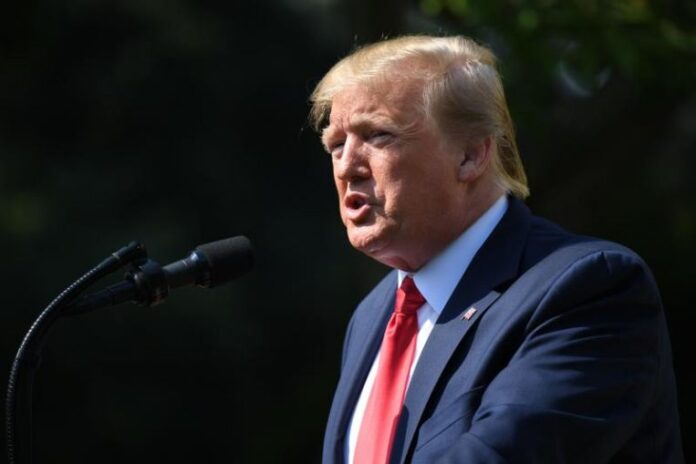 WASHINGTON: US President Donald Trump on Tuesday warned China against waiting out his first term in office to finalize any trade deal, saying if he wins re-election in the November 2020 US presidential contest, the outcome could be no agreement or a worse one.

“The problem with them waiting … is that if & when I win, the deal that they get will be much tougher than what we are negotiating now…or no deal at all,” Trump said in a post on Twitter, as the latest US-China trade talks began in Shanghai.

Trump said China appeared to be backing off on a pledge to buy US agricultural products, which US officials have said could be a goodwill gesture and part of any final pact here.

“China … was supposed to start buying our agricultural product now – no signs that they are doing so. That is the problem with China, they just don’t come through,” Trump wrote in a series of tweets.

Trump later told reporters at the White House that talks were going well with China, but added the United States would “either make a great deal or no deal at all.”

US and Chinese officials restarted negotiations after talks stalled in May in a bid to end a yearlong trade war marked by tit-for-tat tariffs, but must still resolve deep differences, keeping expectations for this week’s two-day meeting low.

The ongoing trade war between the world’s two largest economies has rattled global financial markets that have also been pressured by this week’s US Federal Reserve policy meeting and renewed concerns over Britain’s exit from the European Union.

Trump has targeted China as part of his “America First” campaign that helped him win the White House in 2016 and has staked his re-election bid in part on the strength of the US economy. He has sought to negotiate various trade deals with China as well as Europe and other countries as part of his efforts to make good on his campaign promises.

So far, no deal has emerged with China as the trade dispute enters its second year.

“If China had their wish, they’d wait til after the election, they’ll pray that Trump loses,” Trump told reporters.

“China is dying to make a deal with me. But whether or not I’ll do it, it’s up to me. It’s not up to them. China is willing to give up a lot. But that doesn’t mean I’m willing to accept it,” he added.