Asad Umar warns of peak inflation in next four months 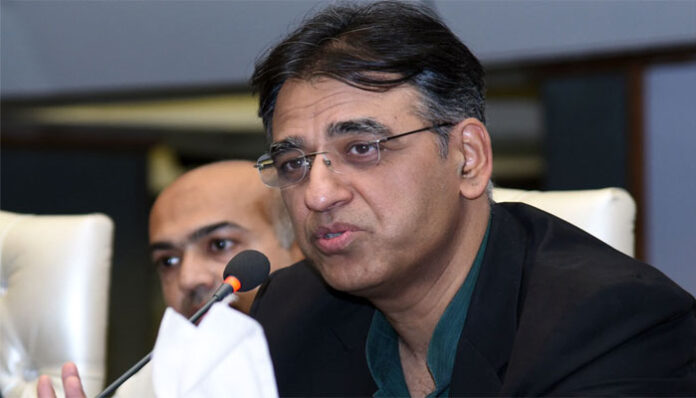 Former finance minister Asad Umar said late Tuesday that according to his assessment inflation rates would peak in the next two to four months.

In an interview with a private news channel, Umar said that after the two to four months, the inflation rate would slowly start going down.

Responding to a question, Umar said that revenue targets affect the economy in many ways and this was a central factor that needed to be looked at. However, he added that during the period of adjustment when they (government) were getting out of a balance of payments crisis, the fiscal deficit was not the primary factor to look at.

He explained that this was because during this time, in order to compress demand and overcome losses in the energy system, decisions are made that increase inflation and to counteract that policy rates have to be increased.

“A big reason for the increase in the fiscal deficit is due to policy decisions of increasing inflation,” he said, adding that even in discussions with the International Monetary Fund (IMF) the target focus was the primary deficit.

While giving his analysis that inflation would peak over the next few months and then slowly go down, Umar said that right now it was important to pay attention to whether progress was being made on the primary deficit. He said this year there was less progress than they wanted and hoped that next year there would be further progress.

When asked if the (economic) situation had improved or worsened since he had left his post as finance minister, Asad Umar said, “The direction hasn’t changed. They are still going in the same direction adopted by the PTI government from day one. There are multiple views on every individual decision.”

He said that the overall direction was firstly to take Pakistan out of the “worst balance of payments crisis in (its) history” and noted that some “milestones” had been reached in achieving this.

The former finance minister was asked if the direction, based on a model going towards exportable surplus and import substitution, was correct and whether the country would go into a crisis again.

“This will be the real test because the way of getting out of a balance of payments crisis is a classic textbook way of demand and import compression,” he said, adding that the “real test” would unfold over the next couple of years regarding two areas: how is the competitiveness of the economy improved and the revenue target.